Battletech!  What is it about this game that induces so much tension?  I don't know what it is, but whenever I play it, I'm bent over the board, worried terribly for my poor mechs as they try to destroy the enemy with their array of high tech death.  This is actually my first "real" game of Battletech, using a full "Lance" of mechs, one heavy, a medium, and two light weight mechs. For the light mechs, I picked my favorite mech, the Jenner, and for other and a medium mech it was the Vulcan and the Vindicator, and I had a hell of a time remembering which was which, and in fact, still don't. At least once I confused them which cost me on the battlefield. 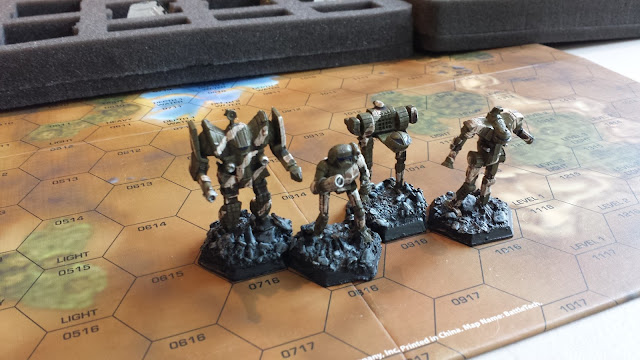 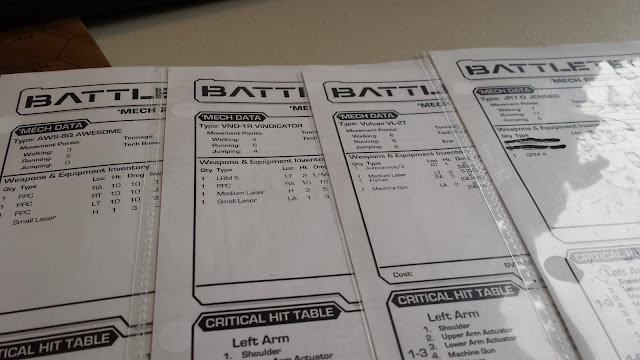 The enemy.  That big one was ridiculous. 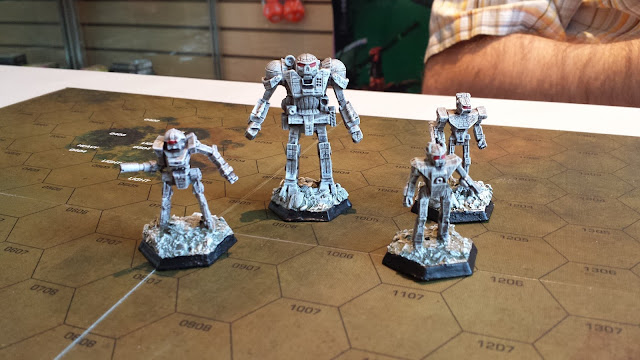 I won the deployment roll and took the right side of the board. 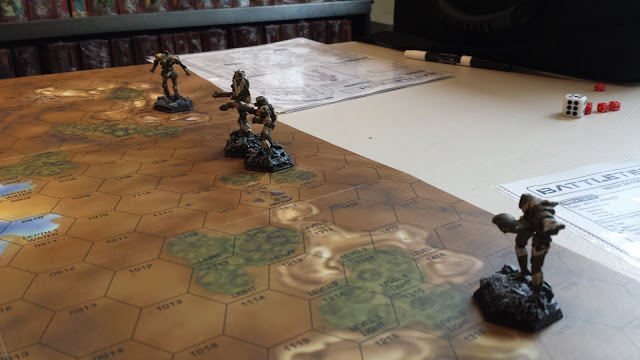 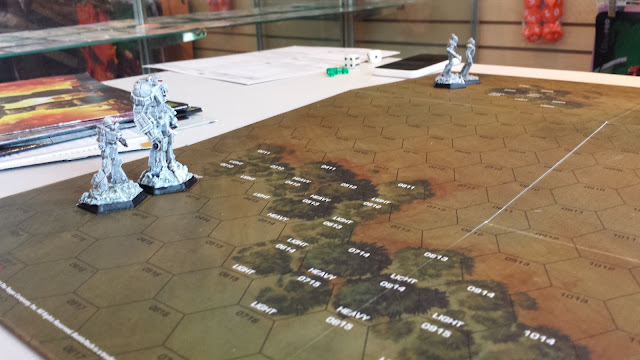 I ran three of my mechs forward, sinking my heavy into deep water, doubling its heat sinks, allowing it to shoot all of its weapons every turn without worry of overheating the mech. The Jenner stayed back, hiding behind a hill until the enemy got closer. 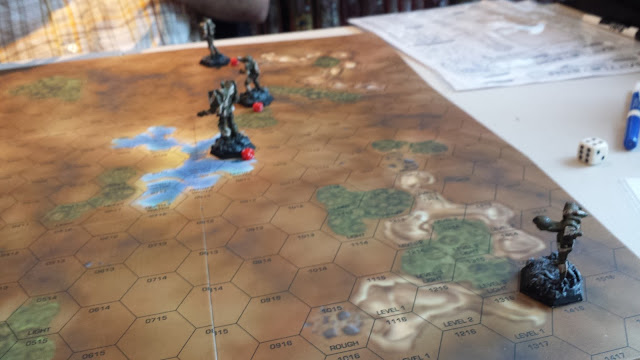 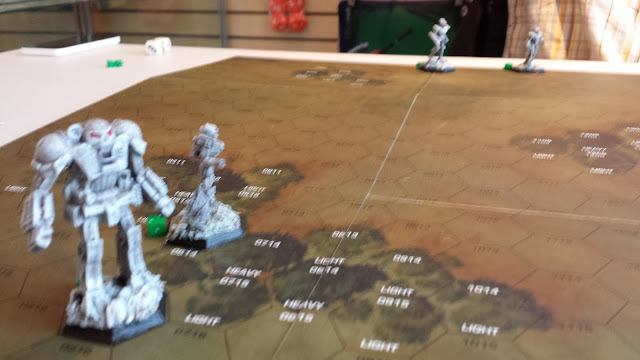 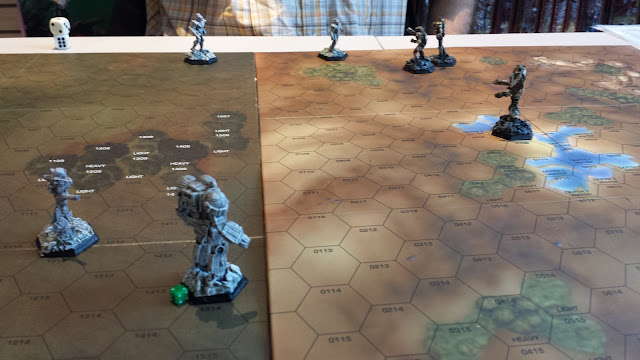 Fritz moved his forces in close to engage, and the dance began. 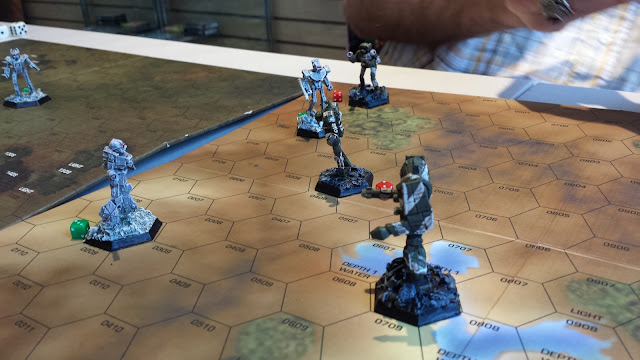 The Jenner, fast little bugger that he is, rushed out of cover at last, to flank the big enemy mech. 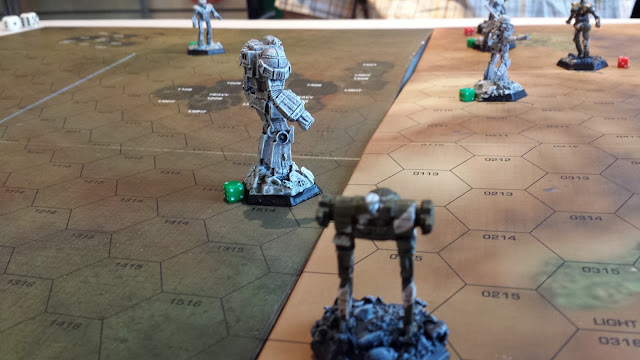 I managed to get behind Fritz's big guns, and forced him to make a hard decision. Will he turn and engage the Jenner at point blank range, possibly destroying it with the ridiculous weapons of his monster but exposing his weaker rear armor to my own big guns, or will he ignore the weaker weapons of the Jenner. He chose to swat the bug first... 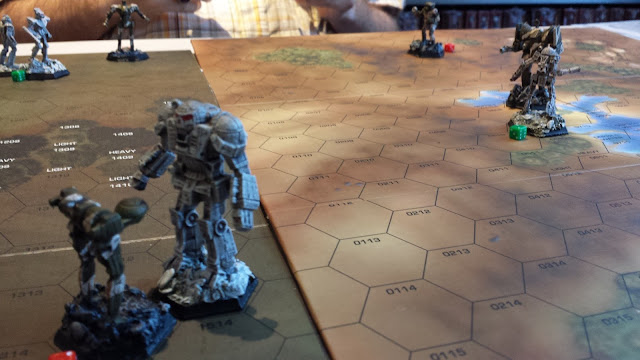 The Jenner got its arm blown off, but survived, darting into some woods for cover. My big mech "The Awesome", got around behind a medium mech and tore some holes in its back armor, before running back into the water. 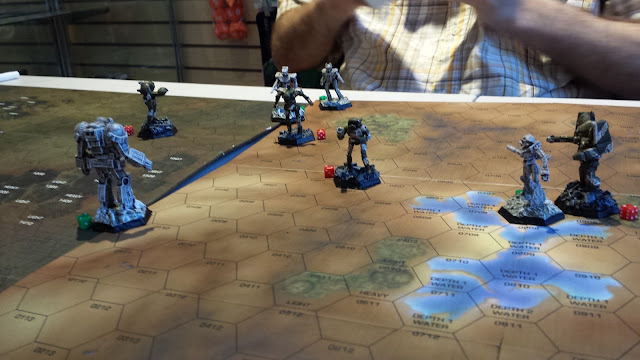 There was plenty of dancing, as shots against the rear armor are prized and I'm always a fan of concentrating fire. 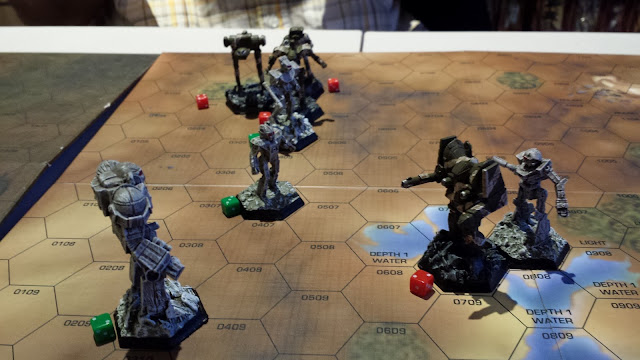 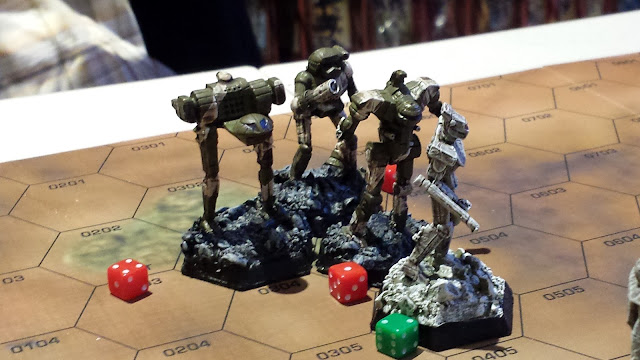 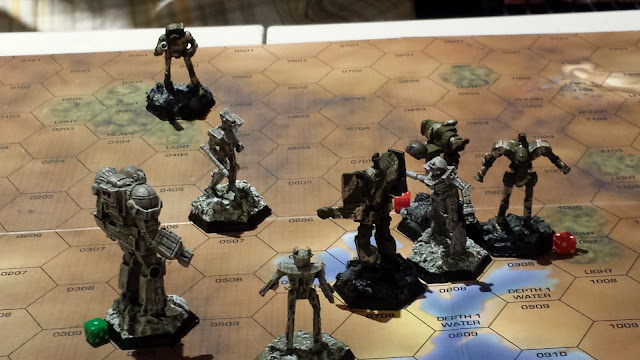 The Awesome, sitting more or less still int the lake, was taking serious damage, but its weapons were largely intact. 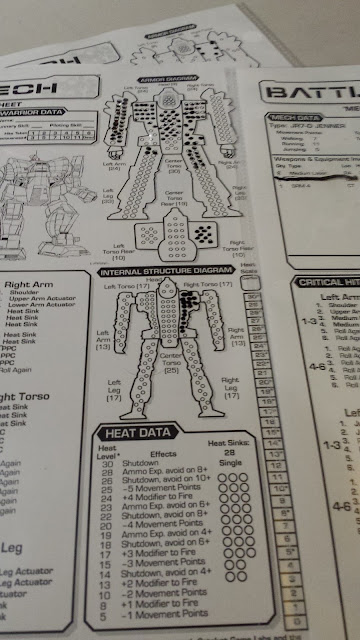 The Jenner, meanwhile, was holding on by a thread. It's arm was gone, as well as the attached torso, and only three damage remaining on the center torso. Basically the entire right side of the mech was gone, but the tenacious little bugger kept firing. 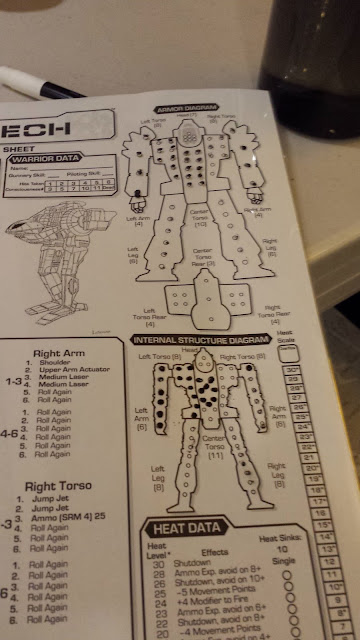 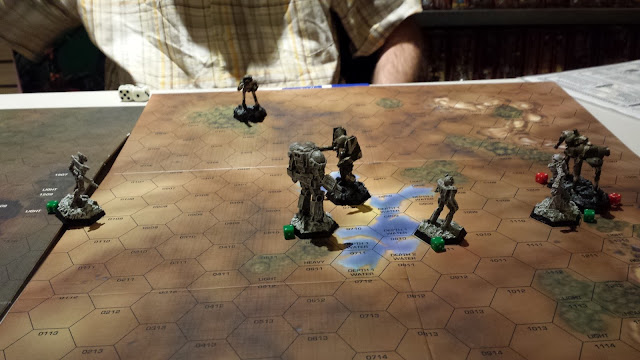 As usual in Battletech, the two big guns ended up slugging it out in point blank range. 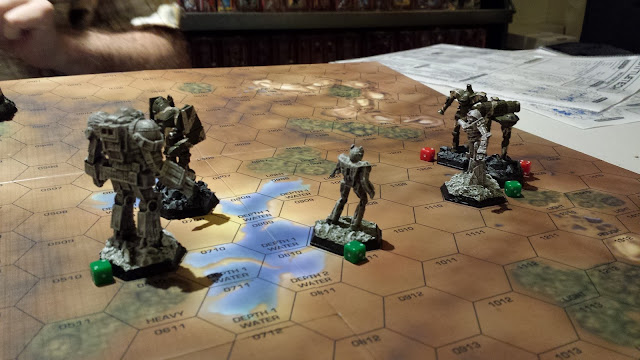 But the Jenner could not last. It finally went down after some shots from one of Fritz's light mechs. 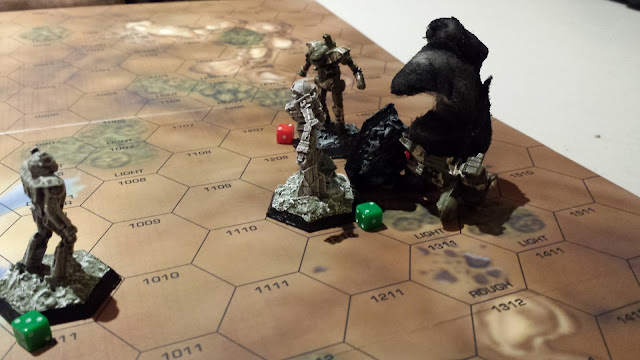 Fritz called it a draw (we had to wrap up for the night), as two of his mechs were seriously messed up and two of mine were nearly untouched. I consider it a close defeat, as I would have been down a mech if we'd been able to continue.  Lots of fun though! Battletech brings me back to my teen years and feels deliciously old school. Good game! 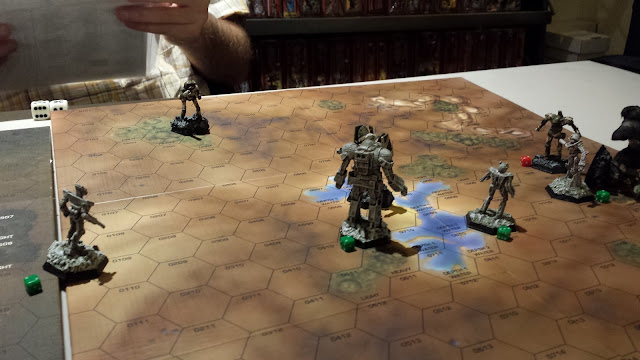 Email ThisBlogThis!Share to TwitterShare to FacebookShare to Pinterest
Labels: Battletech