Another intense game with Fritz. It's actually been a few weeks since we've played, so I've lost some of the details, but here's some pictures.  Game was 6 or 7K Battle Value, and I uncharacteristically played nearly ALL heavy armor.  Fritz fielded his new favorite lance, LRM missile spam combined with nimble (and this time, deadly) Locusts. 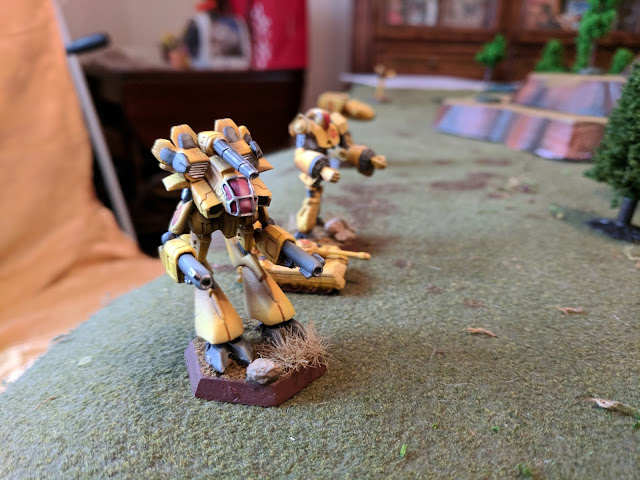 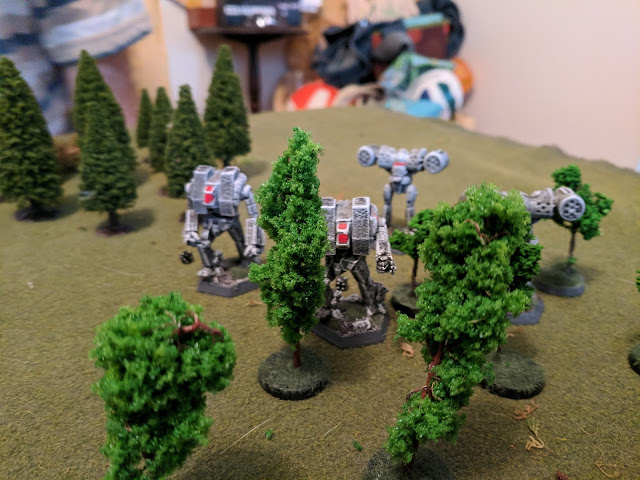 The Enemy.  Two Archers and two Longbows... closing is going to be nasty. 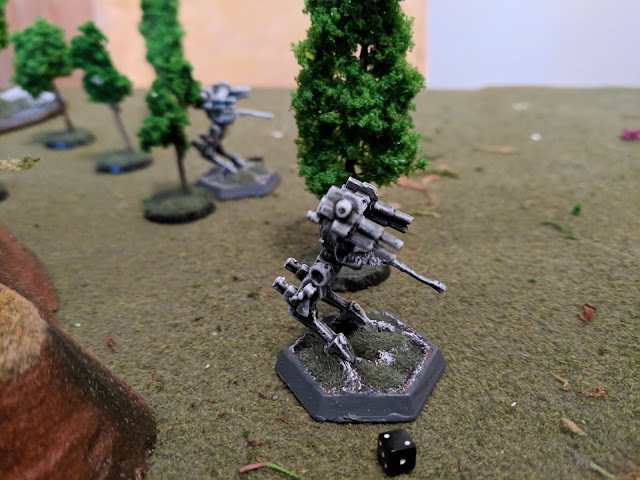 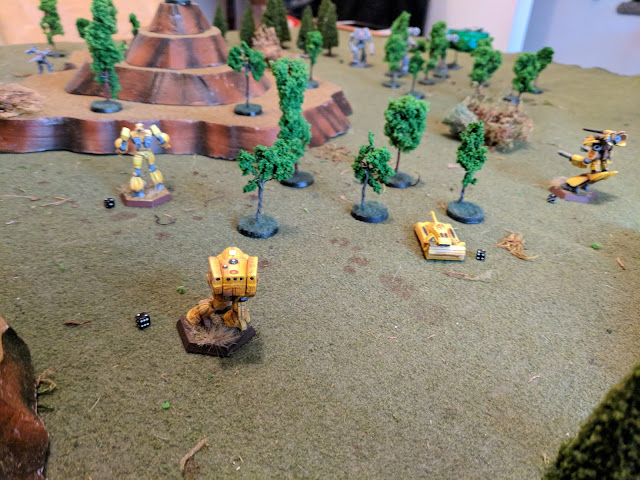 Unusually heavy lance for me:  aside from the Marauder II, there's a Stalker, Crusader and Von Luckner.  Out of the shot (flanking) is a single light mech, a Jenner. 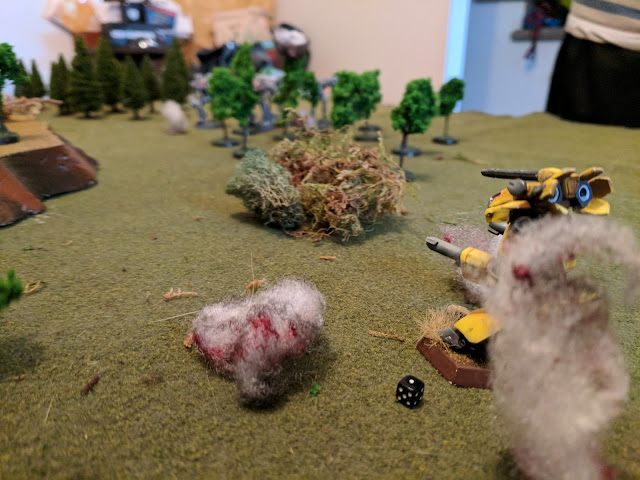 Seriously unlucky start to the game.  Missiles get lucky and blow up the Von Luckner's turret in a single (critical) shot. 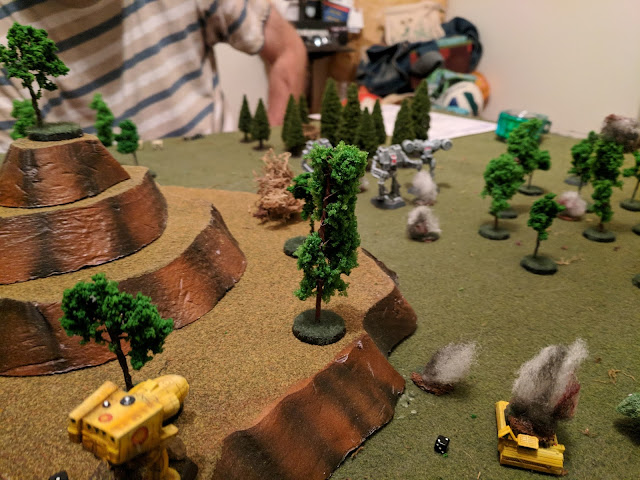 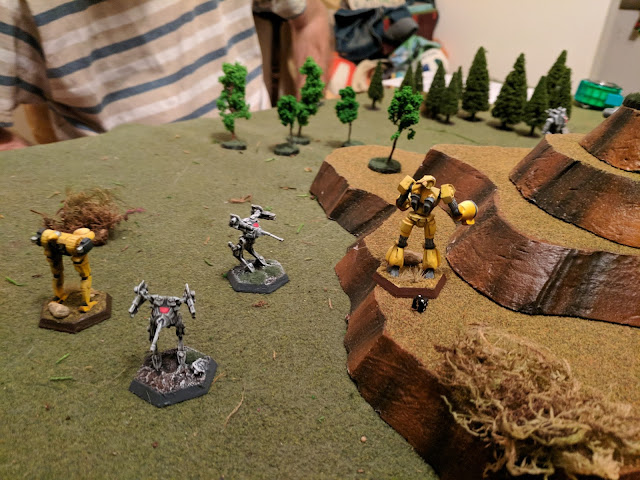 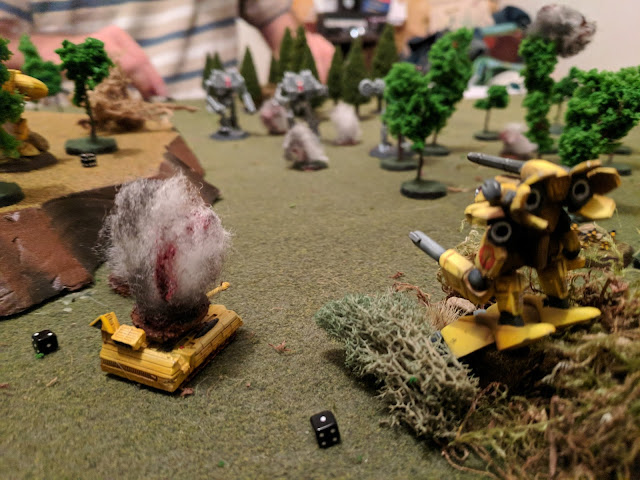 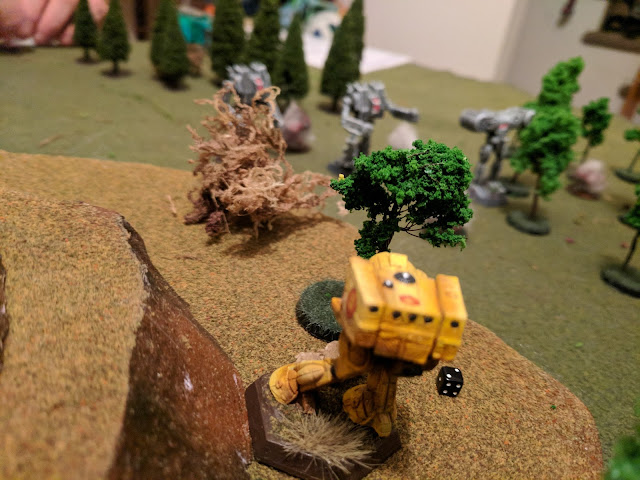 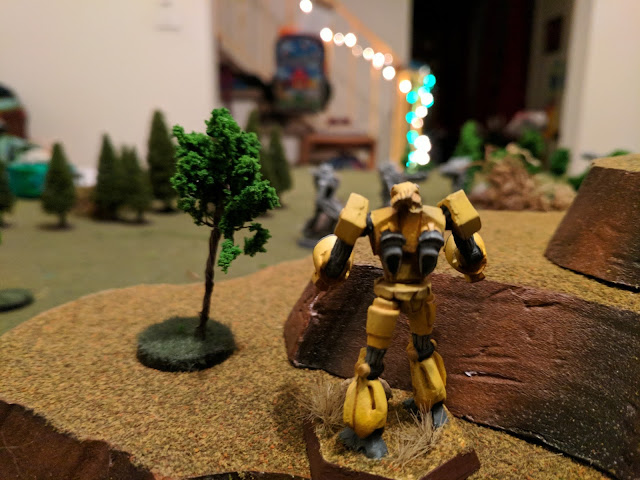 Another unfortunate twist of fate - a lucky rear armor shot on the Jenner brings it down.  The Locusts were the MVPs of this game. 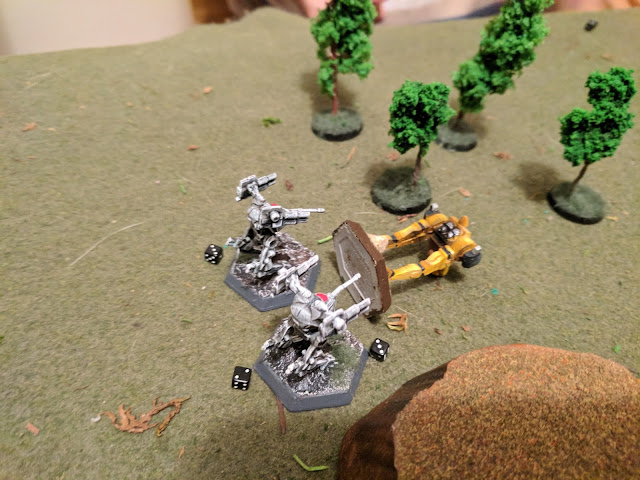 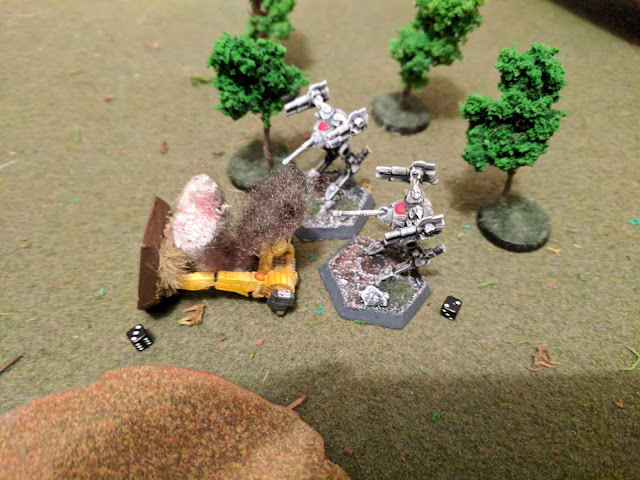 Finally, we close to short range. 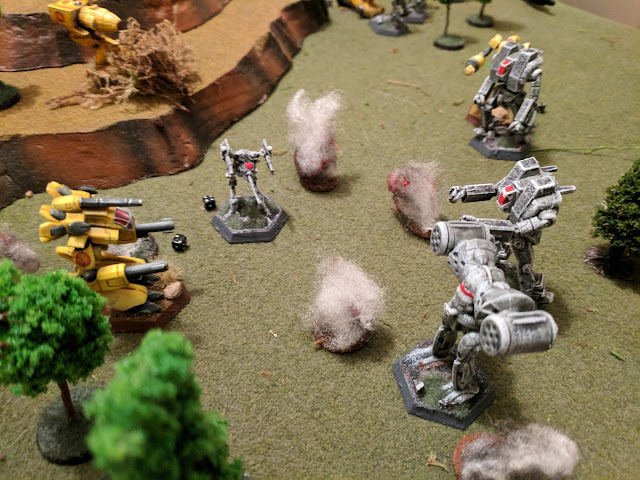 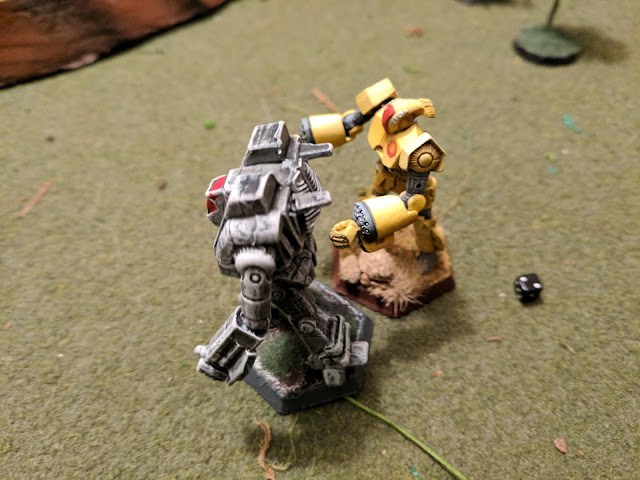 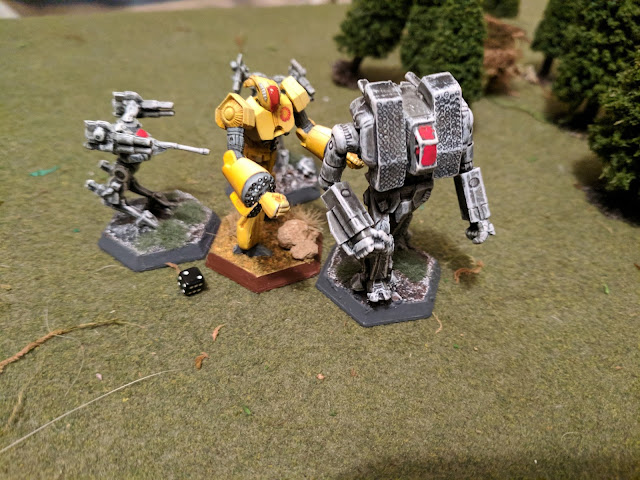 Oh, and I had a platoon of Jump Infantry.  Took them a long time to catch up, but they managed to isolate a Longbow... and take it out! 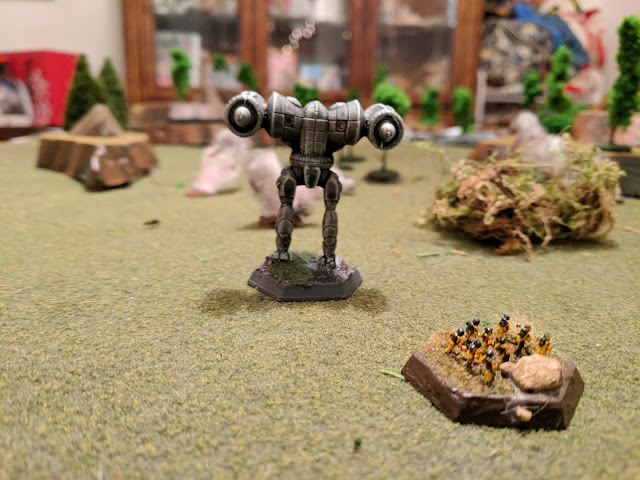 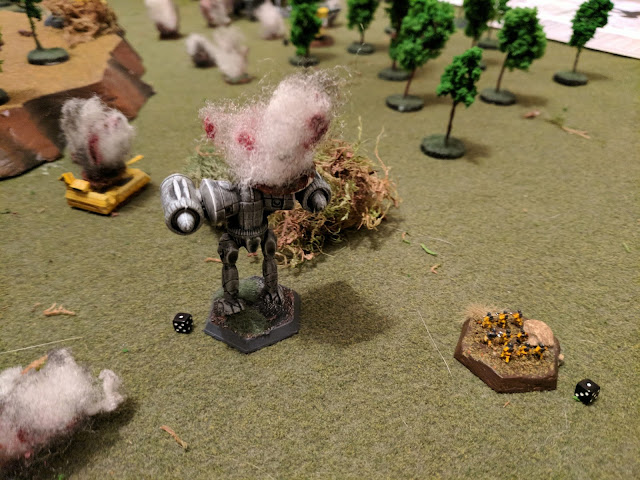 Locust catching rear armor on a Stalker and kicking it in the head! 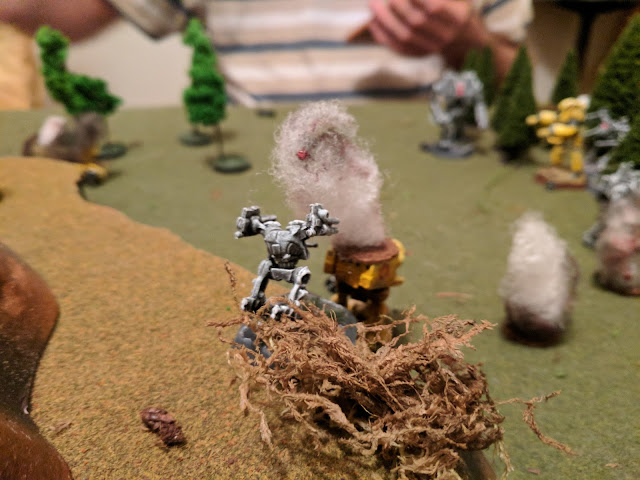 But once we closed, the missile boats go down quick. 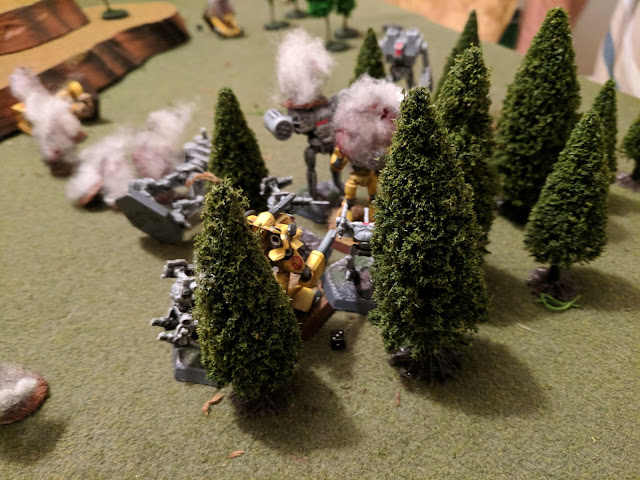 The Crusader goes down, leaving the Marauder to finish the job alone. Only the Locusts and a single Archer remain. 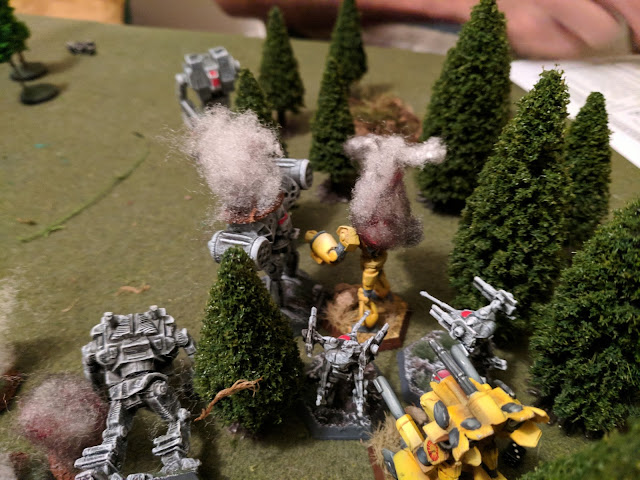 The Marauder can really soak up damage with no chance of ammo explosions. But while the rear armor is robust, it's not anywhere near as solid as the front. The Locusts begin to wear away at it. 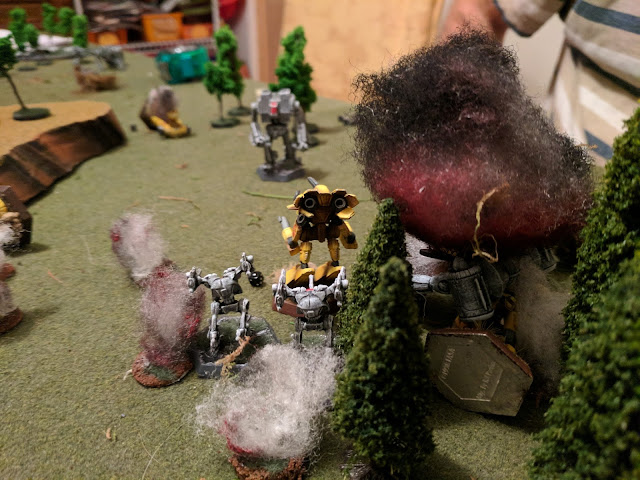 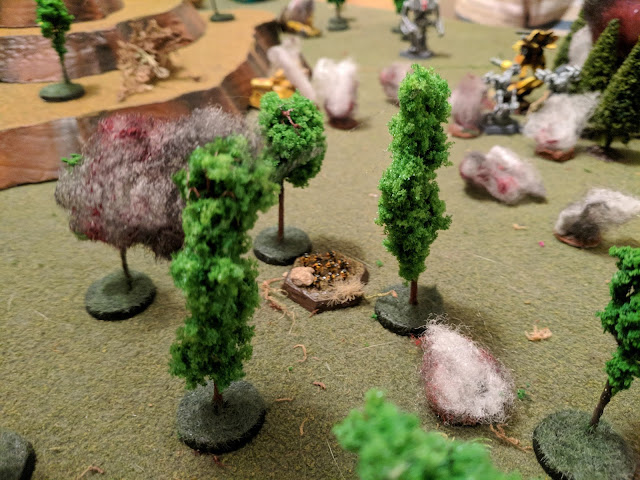 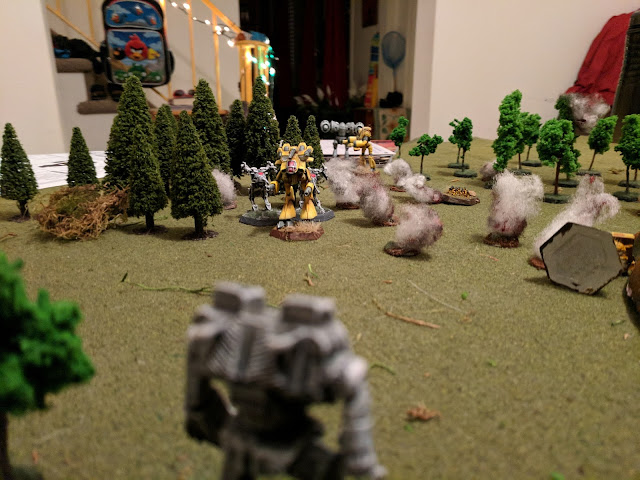 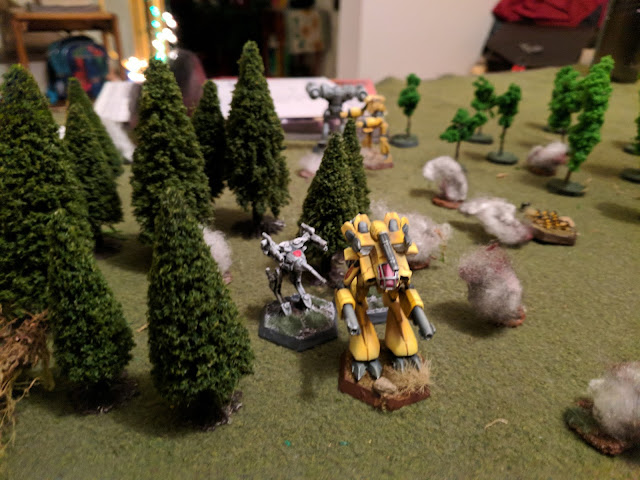 PPCs finally bring down the last enemy heavy, but on the same turn the Locusts score two Gyro hits, downing the otherwise robust Marauder. Still able to fire, it's not out completely, but we call the game at this point.  An expensive draw. 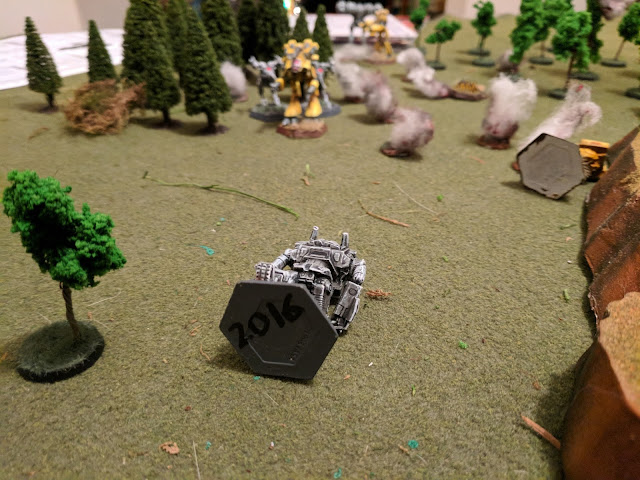