On the Road to Rimini

The road to Rimini is dotted with small hilltop towns bristling with German machine gun nests.  Elements from the American 5th Army need to secure the main road, but at a critical juncture it is overlooked by the Convent of Santa Clara, occupied by the German invaders.  A game of Big Chain of Command will decide the fate of both armies. 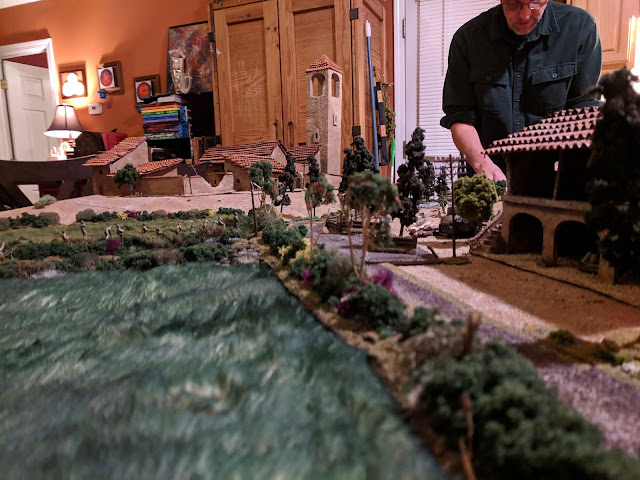 The Americans probe cautiously with a Sherman, and the German armor replies in force.  Three Panzer IVs creep out of a defile further down the road and start firing. 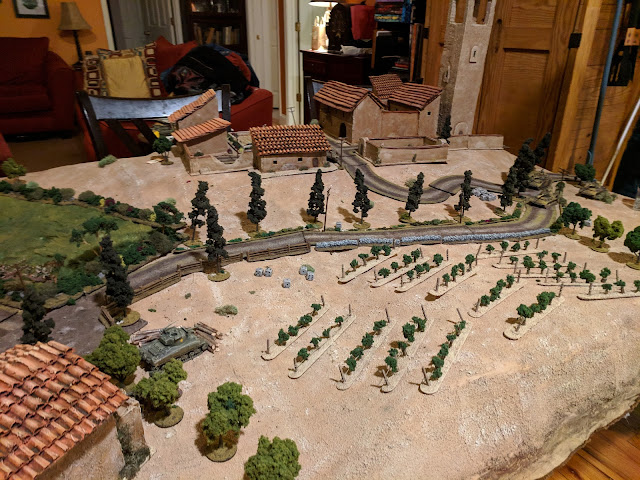 Despite the Sherman being shielded by an entrenchment, it's main gun is damaged by an enemy shell. 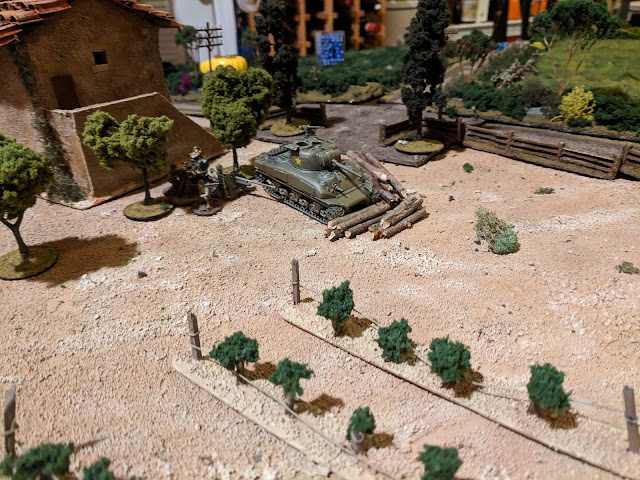 With the armor keeping the Germans busy on the road, the American infantry starts to prepare for the long, dangerous climb to the edge of the tiny town.  The plan is to take the building on the left, and enter the convent that way. 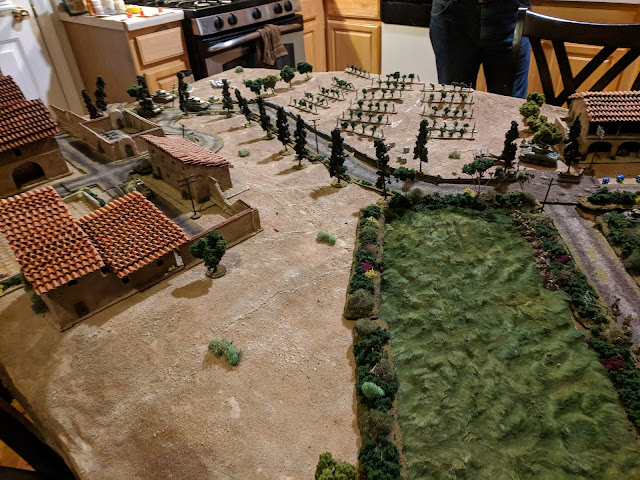 Sister Maria clutches her rosary, but who is she praying for? 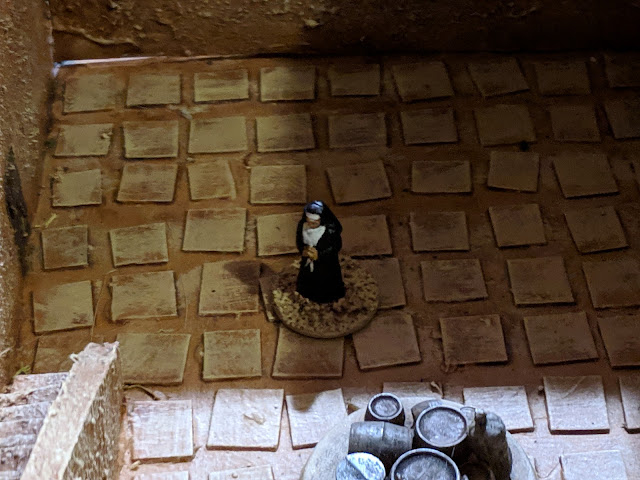 Father Sabastiano tries to convince her to take cover inside as two Stugs move to take up position. 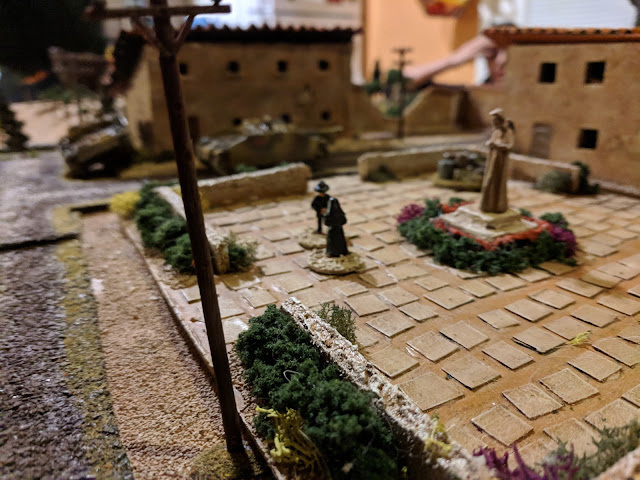 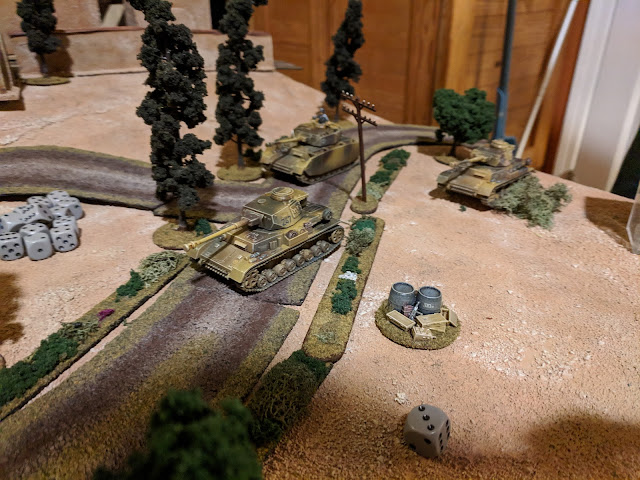 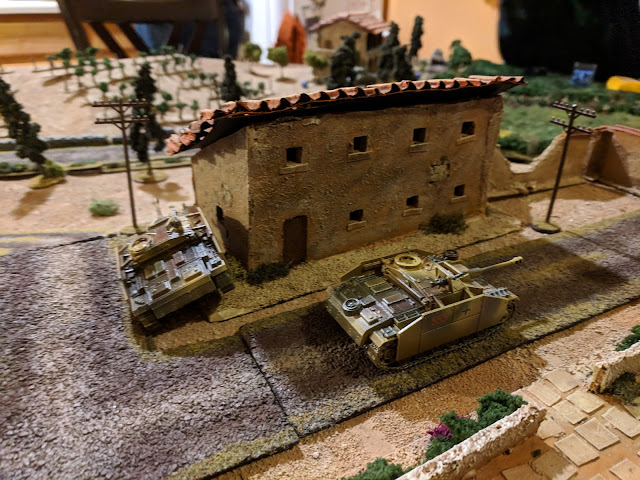 Additional American armor gives support to the infantry who are facing a German machine gun nest firing down from the building on the edge of town.  Using covering fire and careful tactics, they move between cover, at some cost. Eventually the fire from the Sherman forces the Germans to withdraw out of firing range. 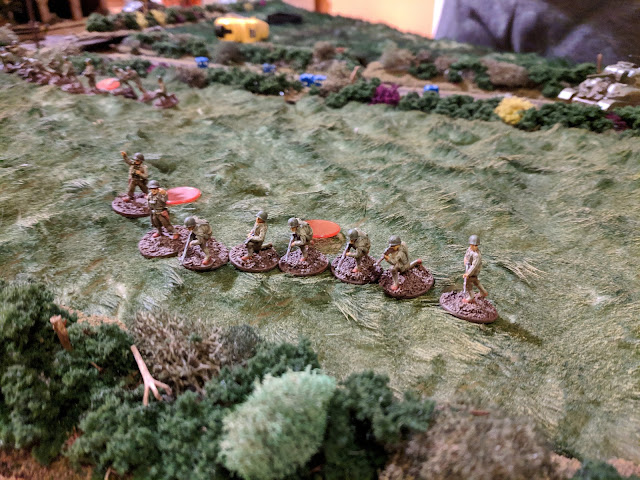 When the machine guns fall silent, the Americans race up the hill across open ground. 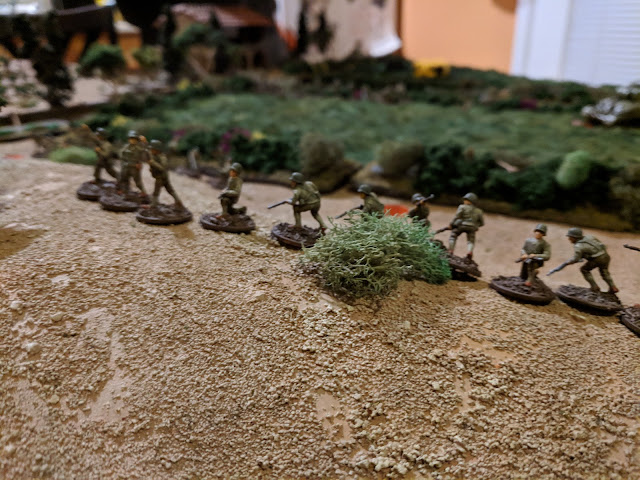 The infantry crests the hill just as the Germans return to their position.  It turns into a blood bath for both sides as the first Americans to the door kick it in and rush with bayonets charged.  Two American sections, damaged and demoralized, manage to barely wipe out the single German Panzergrenadier section inside.  However, another group of Germans quickly retakes the house.  In the process, both the American and German infantry platoons see their morale break.  The remainder of the American platoon, seeing their Lt. and fellows lost, pull back out of range. The Germans are likewise in a chaos in the convent, no longer an effective fighting force. 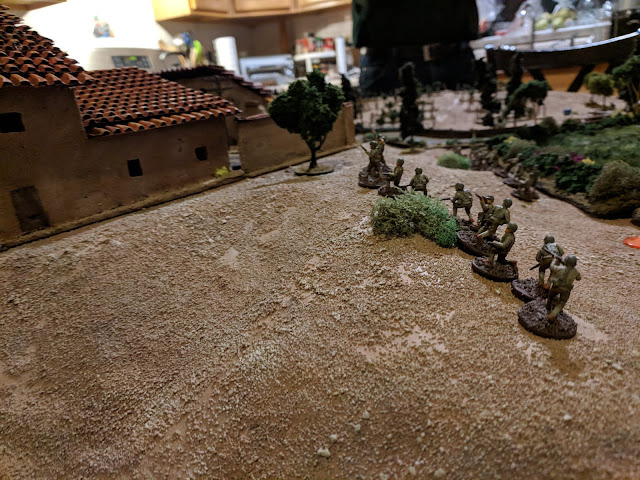 Only the tanks remain to fight it out for the road.  The German commander's tank is knocked out by a M18 Tank killer, but the commander is seen with his crew slinking to the rear. 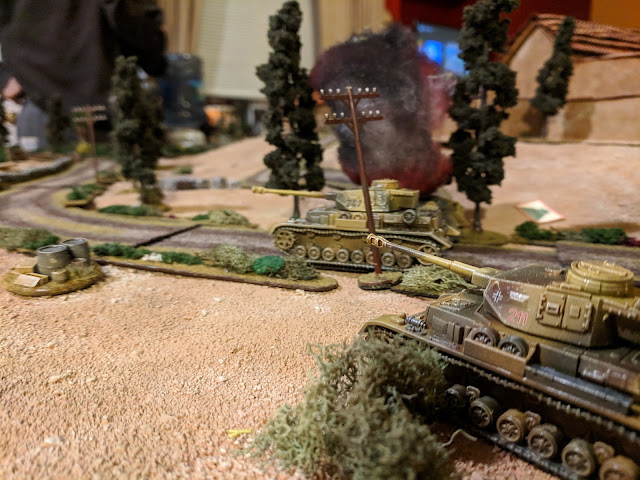 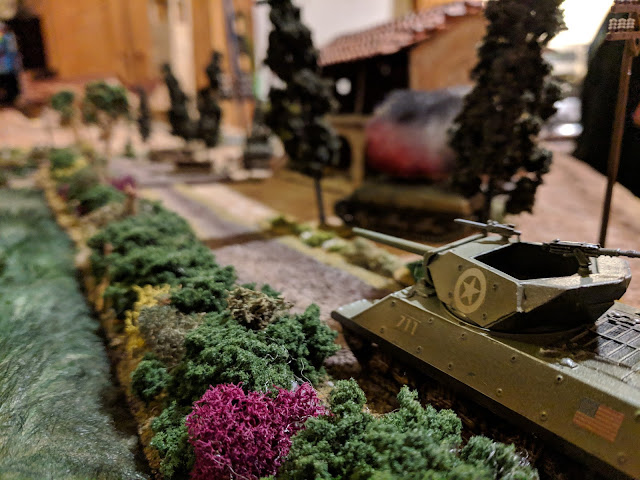 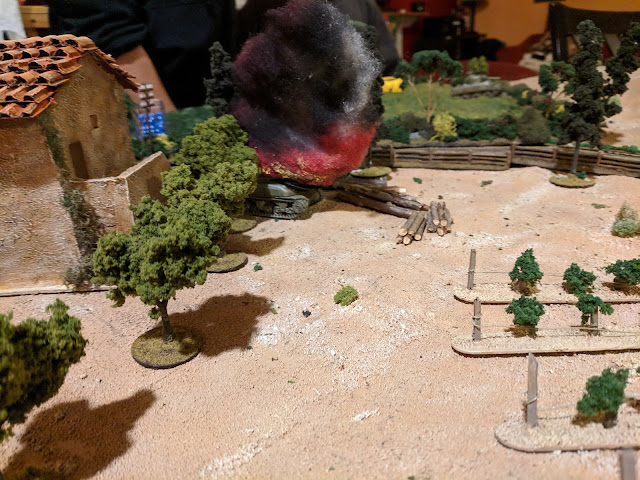 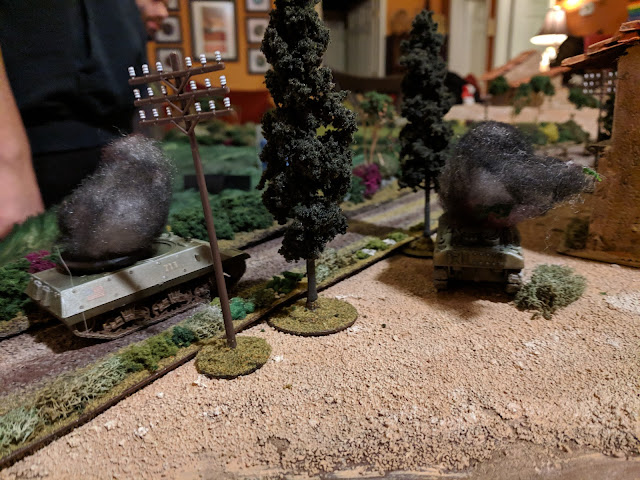 One of the Stugs finds partial cover at the edge of a building and snipes down at the Americans. 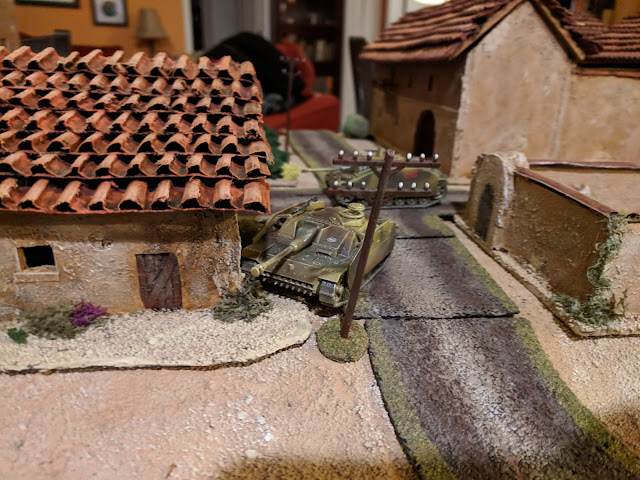 Sensing weakness, the German tanks advance. The Americans, seeing that the Convent can not be taken without additional support, withdraw.  A great 4-player game of Chain of Command! 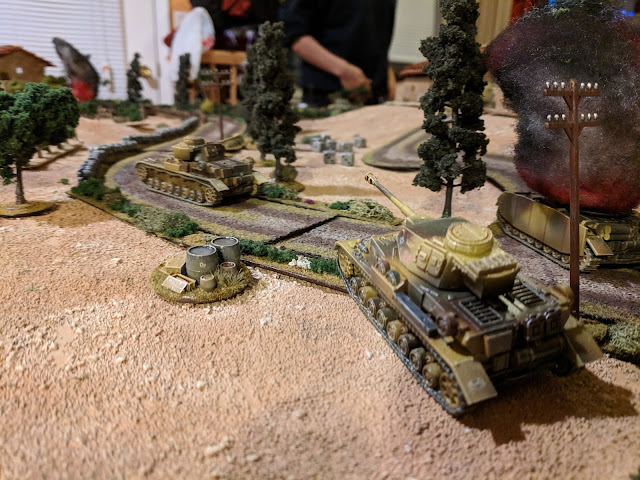