Anime Fest is a mini-con run by a friend of mine for 23 years this August.  Nowadays, there's no real anime to be seen, but that doesn't make it any less fun (especially as I don't really watch anime anymore), as the anime has been replaced with GAMES.  And this year, the main table was all mine for some games of All Quiet on the Martian Front.

I worked pretty hard to get my table looking good for this - who doesn't want to impress old friends a little, especially when exposing them to something for the first time?  We played two really fun games, and I got to introduce my favorite game to lots of folks.

We did multi-player versions of the Defend the Rail Line scenario (and used the long edge for the first time), and an Occupation (hold the victory points) scenario, and both games the American Forces dominated, at least in part due to Marcel's superb ability to roll dice.

No battle report this time (too busy running/teaching the game) but I did get some pictures.

Welcome to "the Fest". 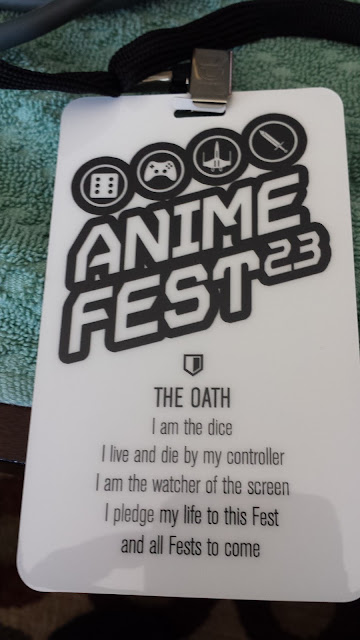 Assembling the forces before the game. I broke them up into "companies" for each player, along with cheat-sheets, to make things easier.  Worked very well. 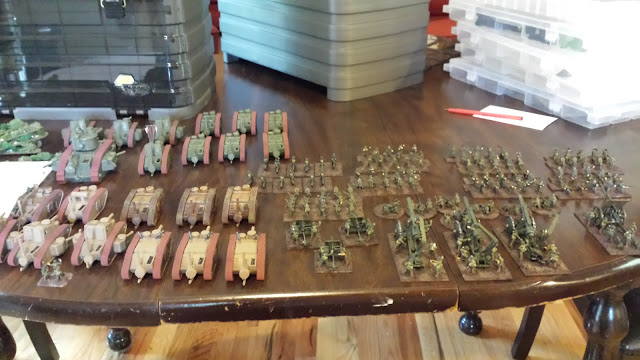 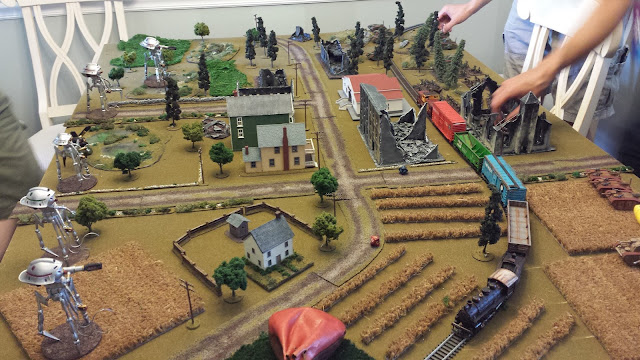 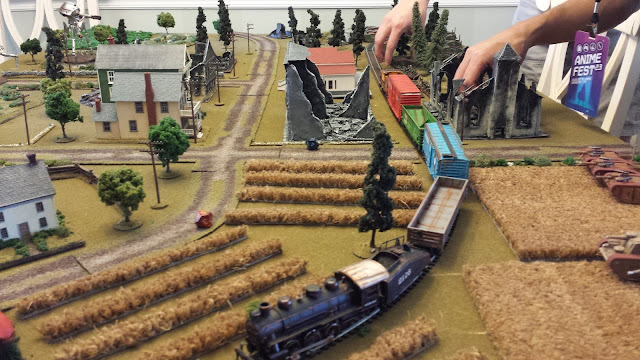 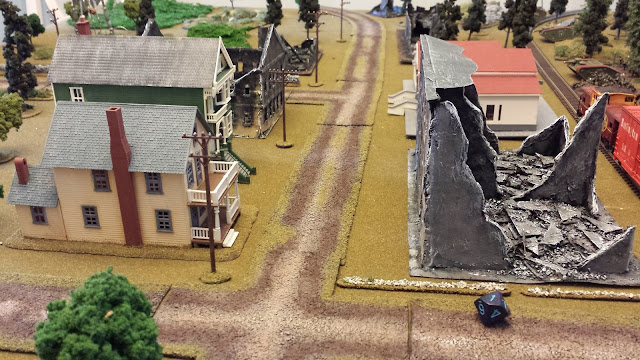 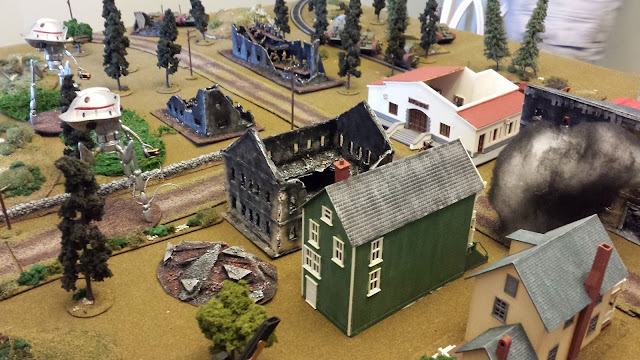 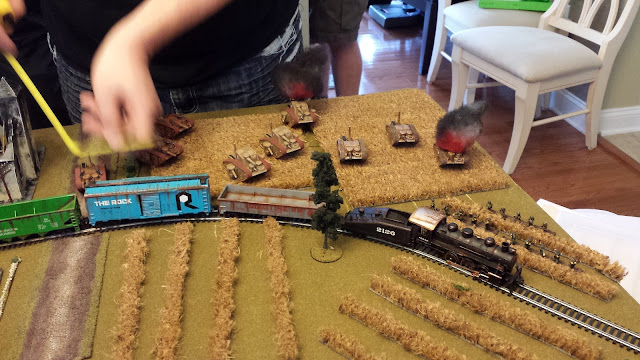 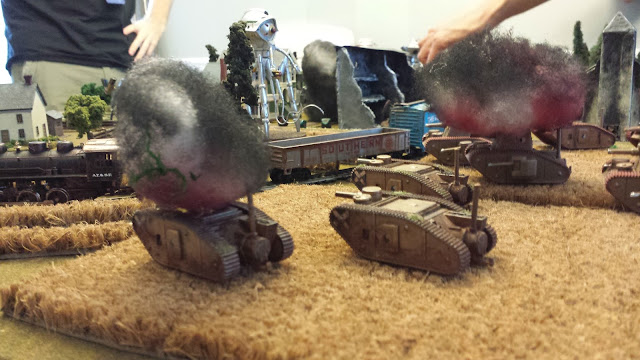 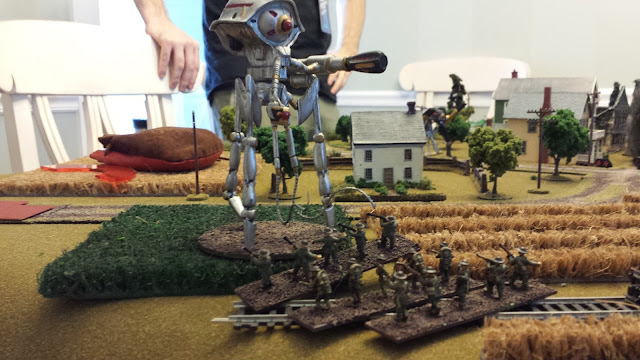 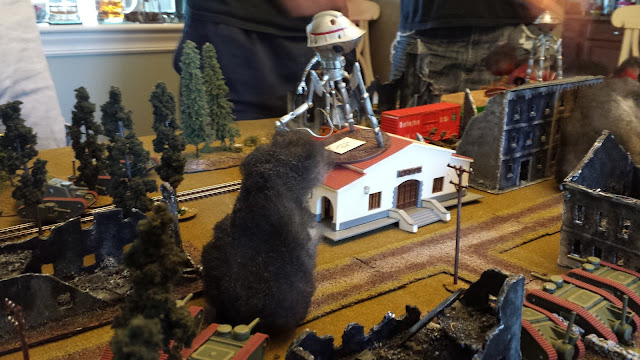 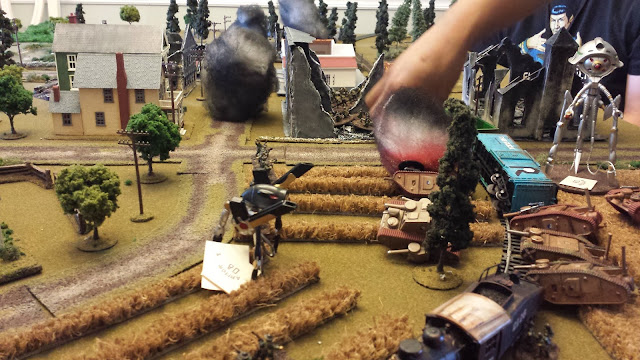 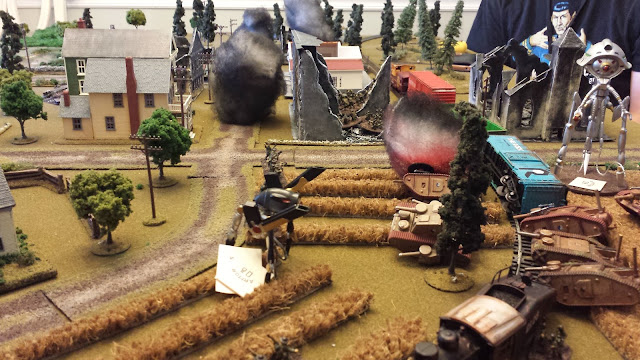