Some new additions for both sides. I picked up a pack of Republican AT-Guns and one of Nationalist Artillery from Minairons and as usual with this company, I'm quite pleased.  First, the Republicans: 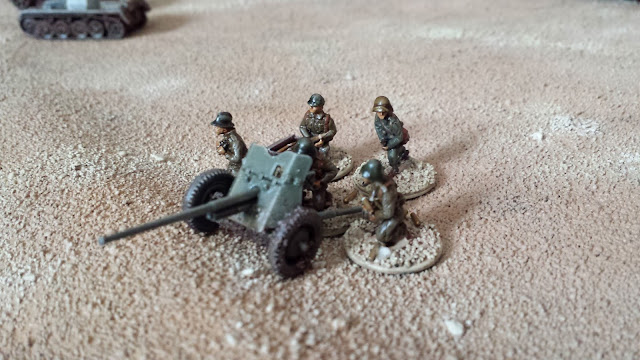 The guns are plastic, in fact produced by the Plastic Soldier Company, and are way easier to assemble than similar metal kits.  Two gun sprues are included, each with three options for the gun size/caliber. The sprues also include ammo boxes, shells, and spent casings, as seen on the figure bases. As for the poses, they are up to the usual Minairons standard and look great with pretty much no clean up. 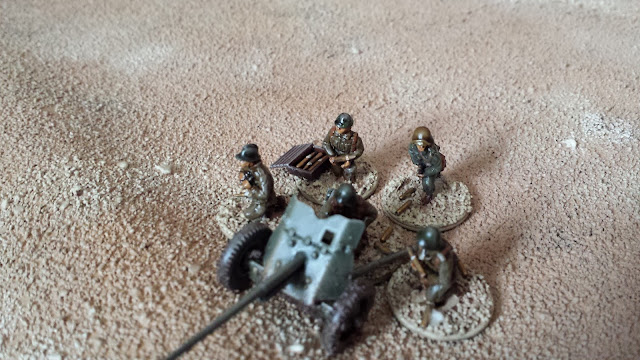 They don't appear to include an officer however, so I'll need to add a figure for Chain of Command games. 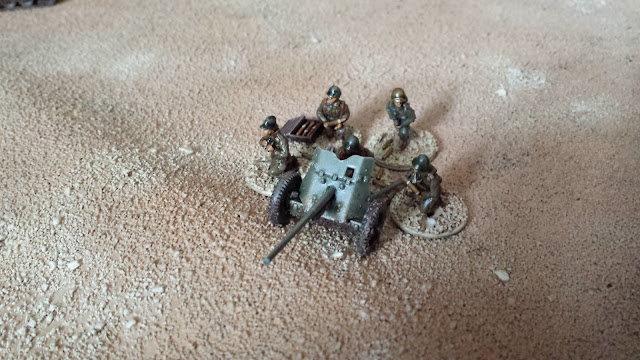 The Nationalist Artillery:  the Schneider Field Gun is from Irregular Miniatures (as is the rifleman in the rear), and is in metal, giving it a very different feel than the plastic AT guns. The Artillerymen pack is just that - five artillerymen (one of them infiltrated the AT gun team in these photos) without a gun, including an officer. I found these figures to be of a slightly lesser quality than the Republicans (or any other minairons set), with the figures feeling a bit wooden in their poses. The sculpts however, are awesome as usual, with no clean-up necessary. I particularly like the way one of the standing figures has his coat hanging open. I added some boxes of ammo from the AT kits to the bases, as the Republican set includes more than you really need for bases of this size. 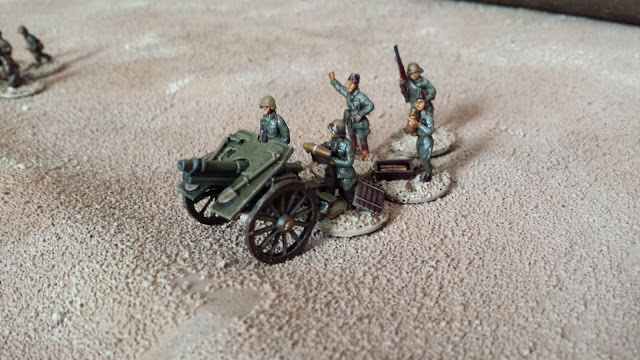 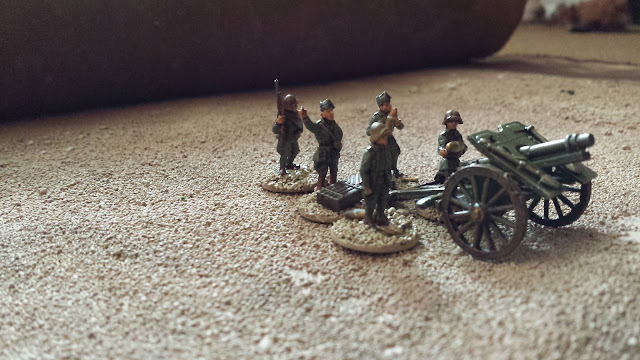 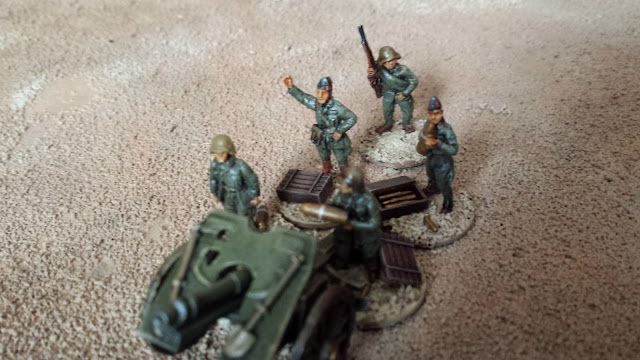