Time to go back to some Cold War action with Michael. After our last encounter where I wrote off ever playing Cold War Commander again, he promised to find a better ruleset for the era, still using the same 6mm figures. In "Fist Full of TOWs" he may have found it.

It's a very simple system, which allows for a lot of variance of equipment and covers a huge historical period, and even sci-fi games like "Fist Full of Tripods." Most importantly, there's no rolling for activation. Everything just goes in classic I-go-you-go fashion. While the base rules are super simple and VERY fast playing, you can add more complexity very easily. I'm very excited to get further into this game and era.

We played a simple encounter scenario to start, with me as the West Germans defending against a low-quality Soviet force. 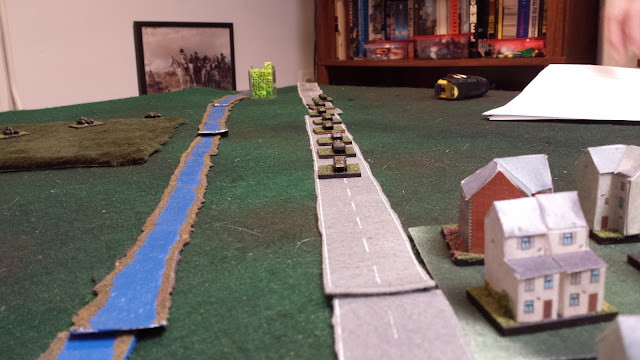 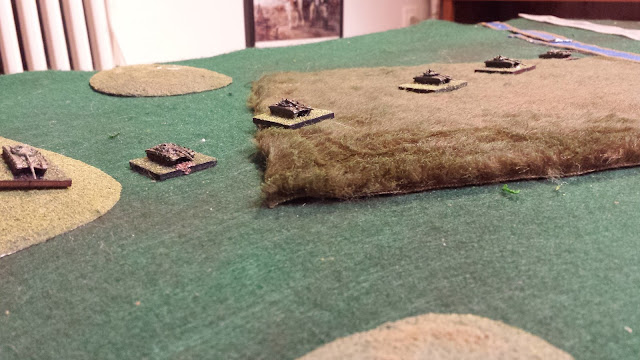 The German equipment was far inferior to the Soviets, but I like a plucky underdog. 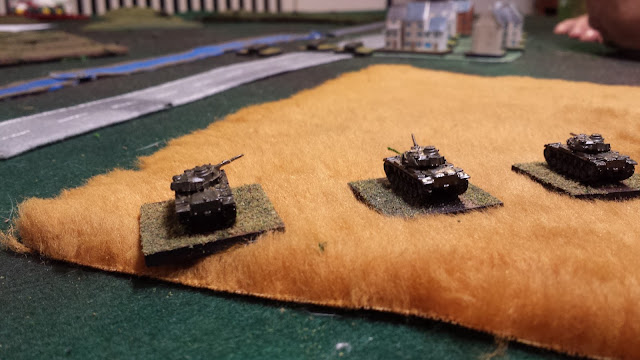 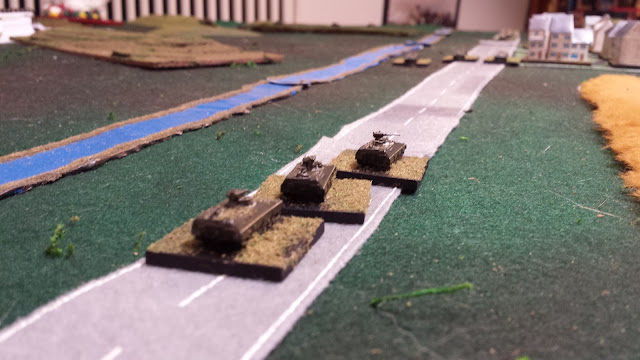 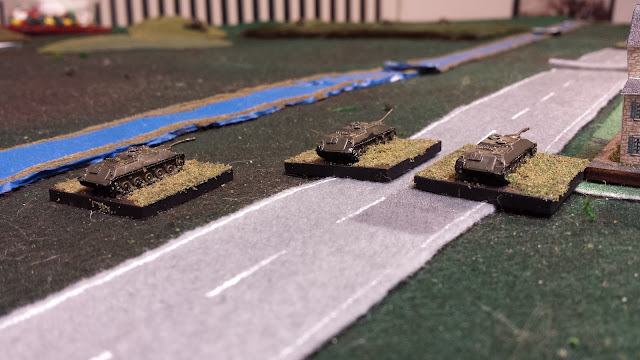 Damn, the Soviets got to the village first! 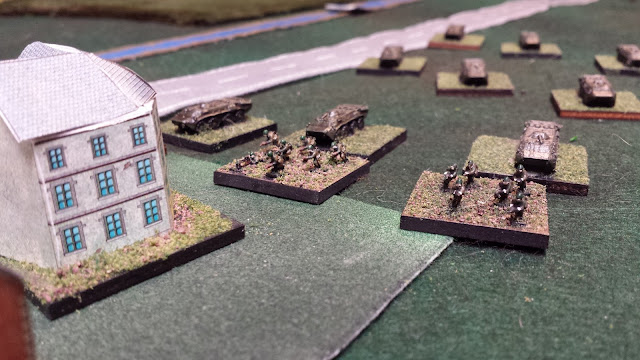 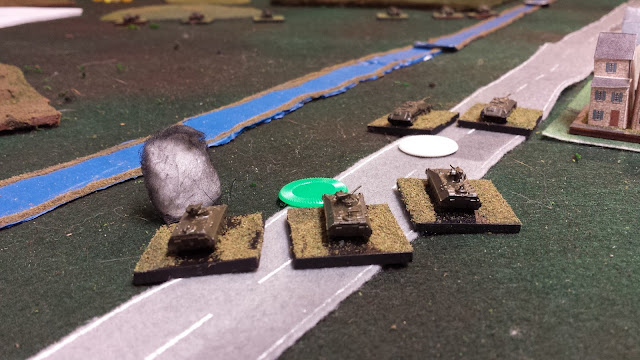 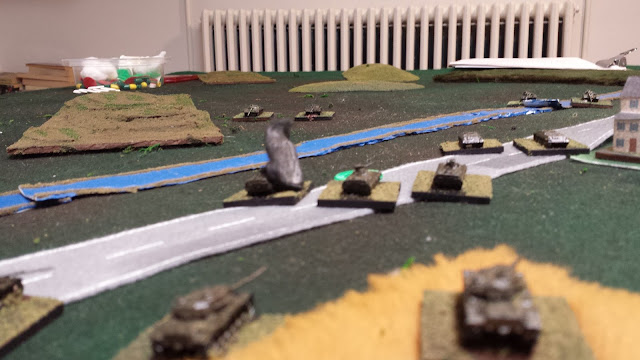 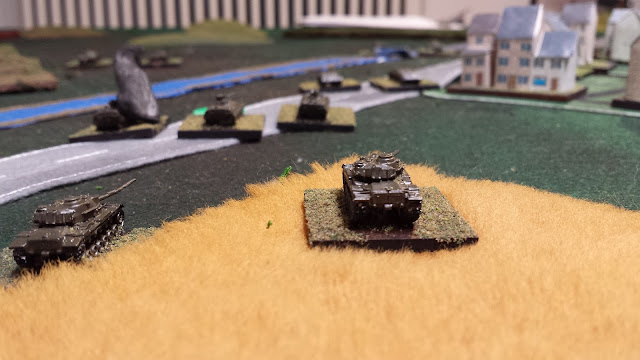 Well, that didn't last long.  The Soviets won but at least Germany is united again. And probably France and Spain too... 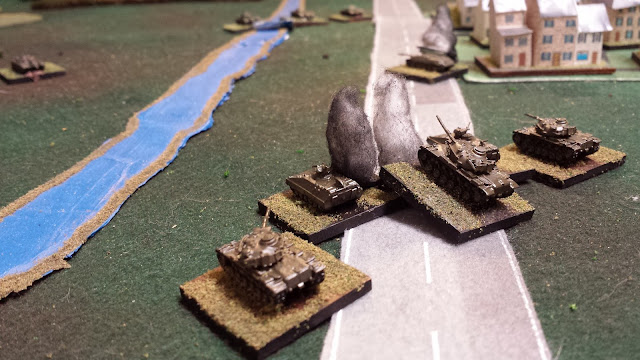 However, since that game was incredibly quick (maybe an hour or so?), we flipped sides and I gave the Soviets a spin. Michael approached the problem far more cautiously than I, but still I had high hopes of repeating his victory.
The Germans hid behind a hill with their main force. 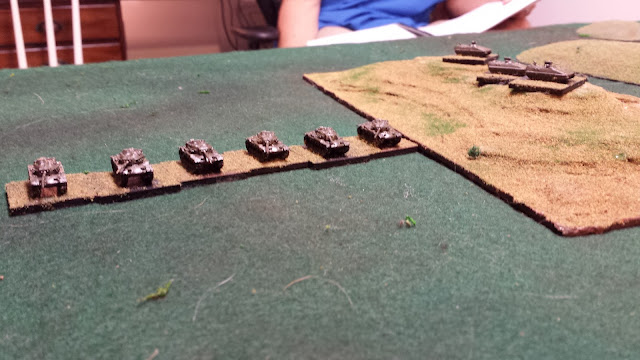 Taking the town quickly with my Soviets, it was obvious that Michael didn't intend to contest it. 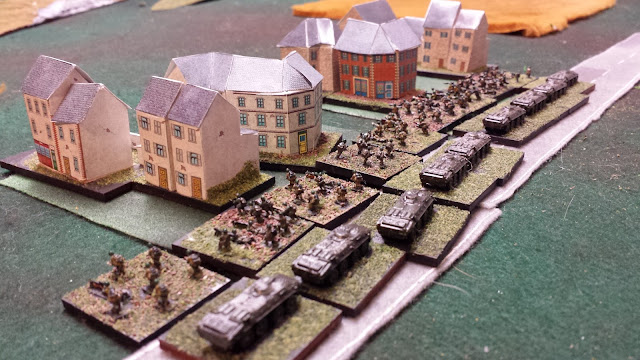 Deciding to eliminate the German tanks first, I moved my own armor up. 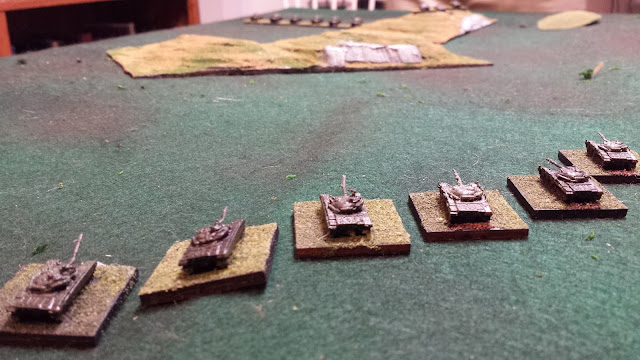 Fire from some antiquated German tanks harasses my armored transports, but such is to be expected. 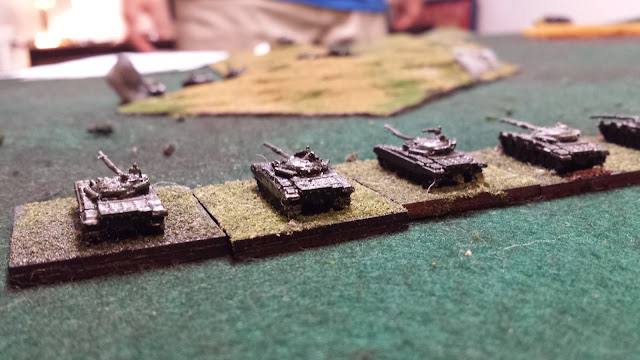 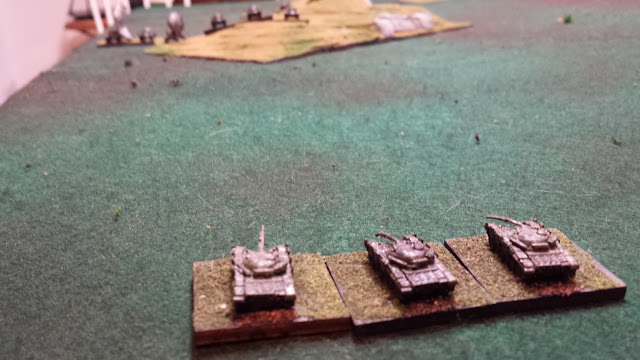 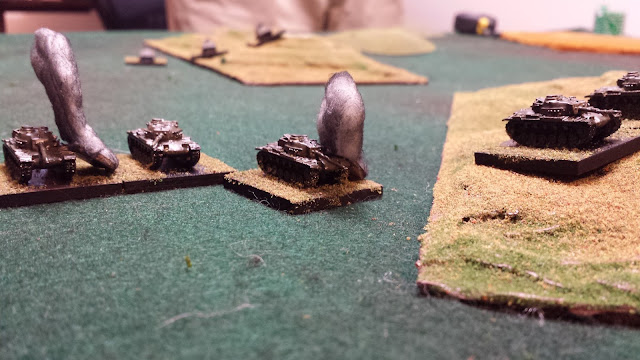 And I mount the infantry again, hoping to cut off the enemy armor's retreat. 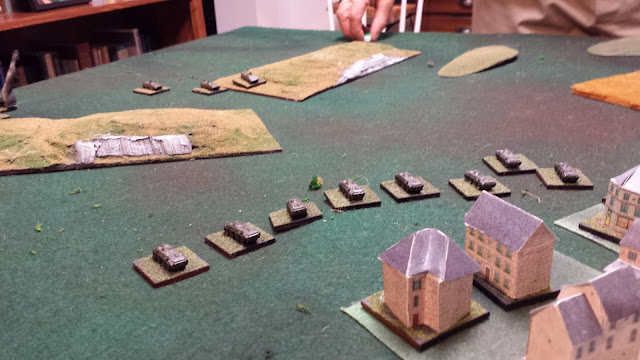 But that's where my luck turned... 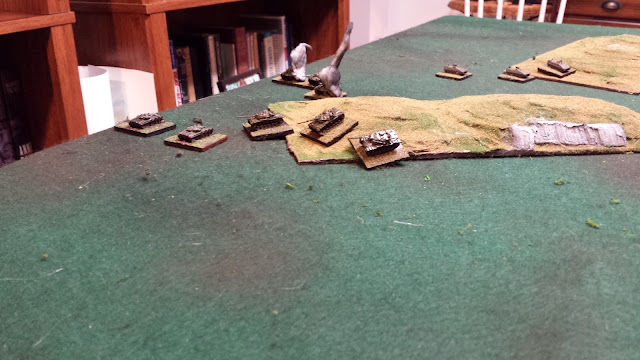 Some abysmal rolls on my part resulted in my overwhelming force becoming 2:1 in favor of the Germans. With the destruction of the Soviet tanks, the rest turned tail and fled, leaving the infantry on their own. Wisely, they decided to flee back to the Motherland. 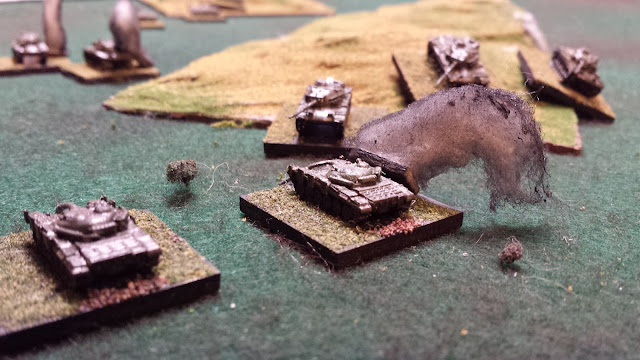 A fun, easy game, but two back to back losses for me. Well, it's clearly not the system!  Michael is a very strong player, especially in his favorite period. I'm looking to go back for more soon, and maybe see how artillery and air support plays out.
Posted by Unknown at 1:40 PM