The Fest... a gathering of nerds, a wretched hive of scum and villainy, a chance to fit in more games in 18 hours than most people play in a year.  This is the 24th iteration of this private, friends-only event, and it was excellent. 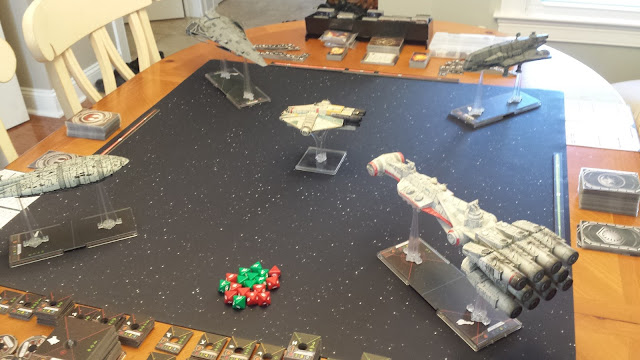 Brian's extensive collection is shown below.  He had a program which created three semi-random 100point lists that we could chose between.  Saved a LOT of time. 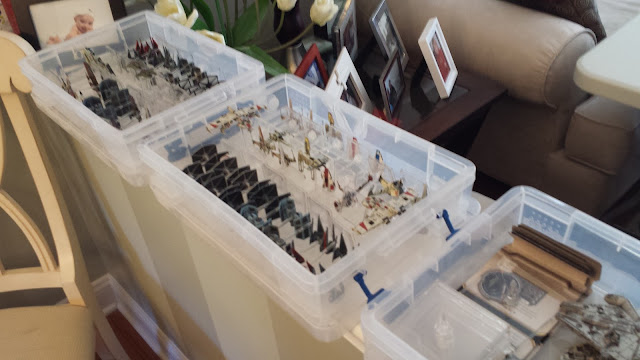 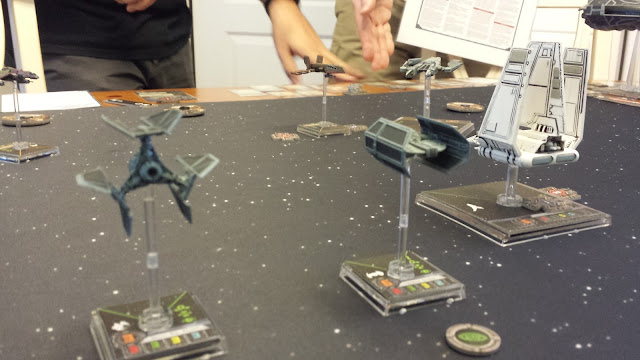 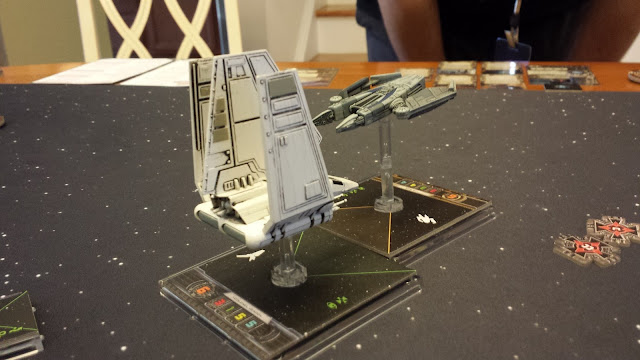 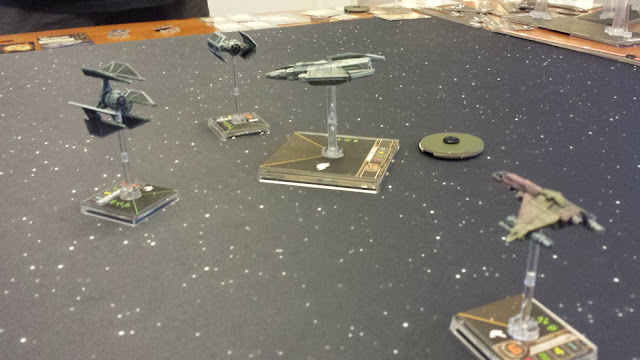 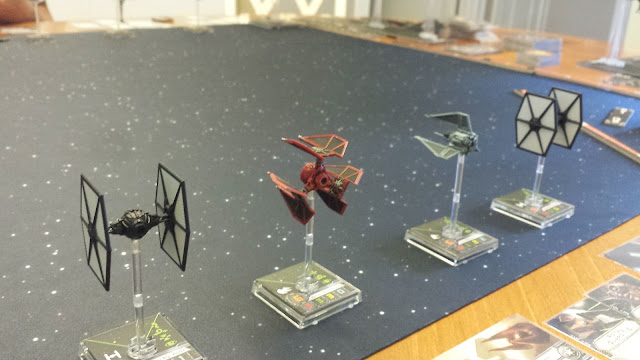 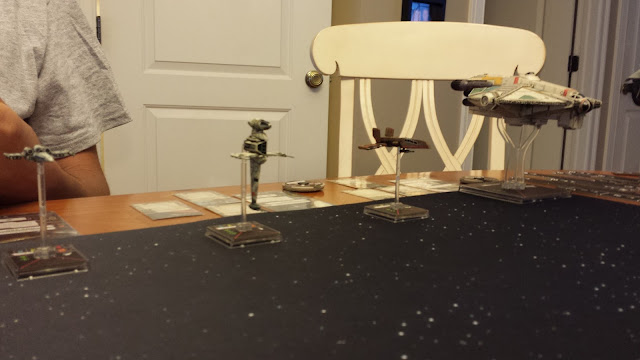 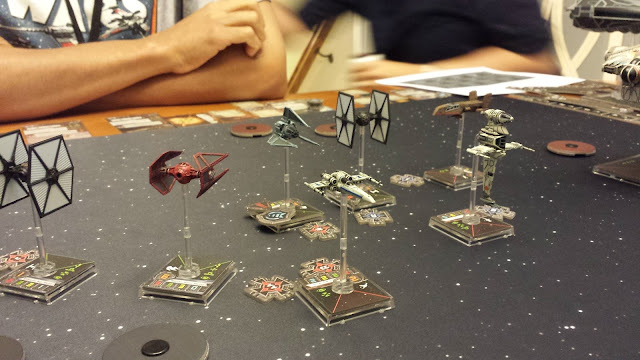 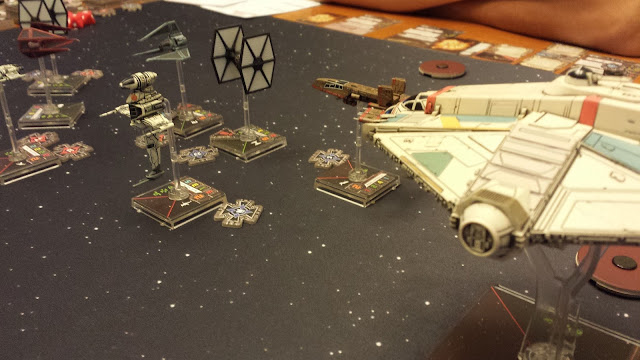 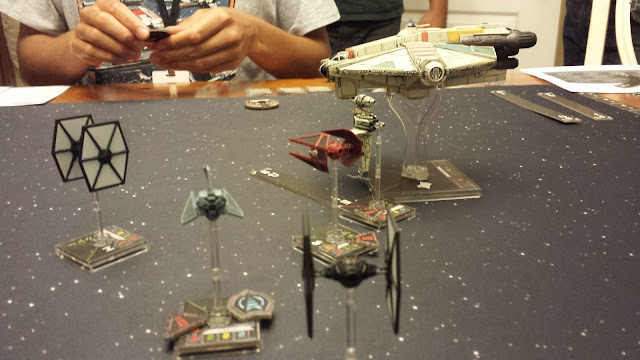 The final shot for game 2:  All four of my fighters crammed into the enemy's blindspot. Very one-sided battle! 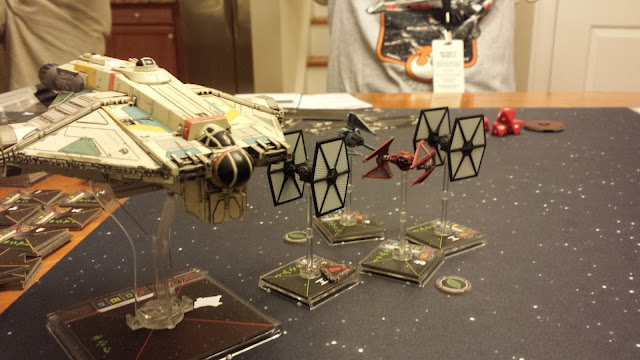 Also played "Passcode" which I would say "pass" on, but then we moved on to "Secret Hitler".  Our host, Brian, was in on the kickstarter and had a beautifully produced special edition of the game (sorry, no pics).  It was LOTs of fun, highly recommended, but it is basically Avalon with better production value and Nazis.

Then, probably my favorite game of the evening, "Captain Sonar".  Two teams, each representing a submarine, hunting each other in real time (not turn based!), with each player taking on either the Captain, 1st Mate, Engineering and Sonar positions.  It's all about team work and communication and was crazy fun, and relatively quick playing.  Well, two of the games we played of it lasted 15-20 mins, but one epic game lasted about 40 somehow. If you have opportunities to game with 6-8 players, I very highly recommend this game.

Hats are of course optional (that's my opposing Captain and host, Brian). 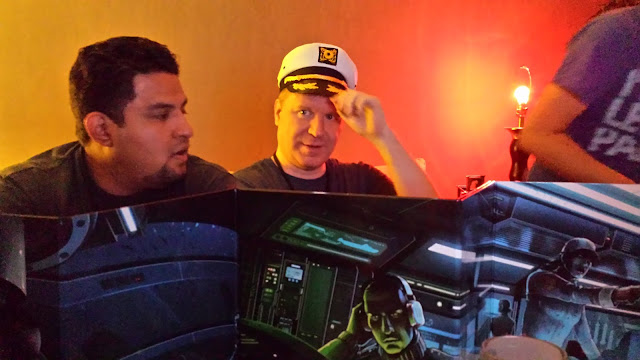