Painted Sandworm for the Dune Boardgame

Played a game of the classic Dune Boardgame the other day (it's amazing, check it out), and a friend of mine brought an unpainted "Bone" line miniature to represent the great sandworm.  It was a pretty model so I offered to paint it for him.

In the process, I discovered that the usual automotive primer shouldn't be used on Bone minis.  Seriously, it just never fully dries.  Worried that I ruined it, I bought another model, but as it turns out once you paint over the primer it's fine.  The second isn't primed at all, and the paint went on without a problem.

So, check it out!  They came out pretty good, with some very slight color variations between the two.  The main work was done with the airbrush, followed by some drybrushing and details. 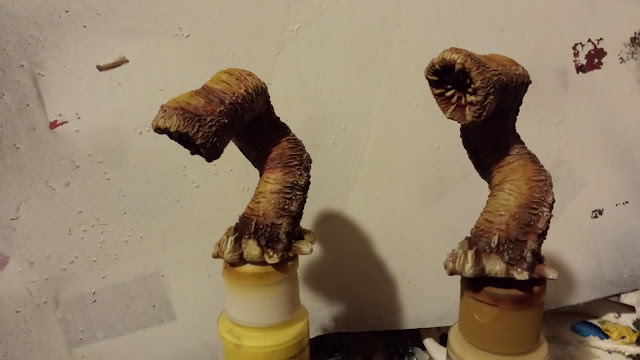 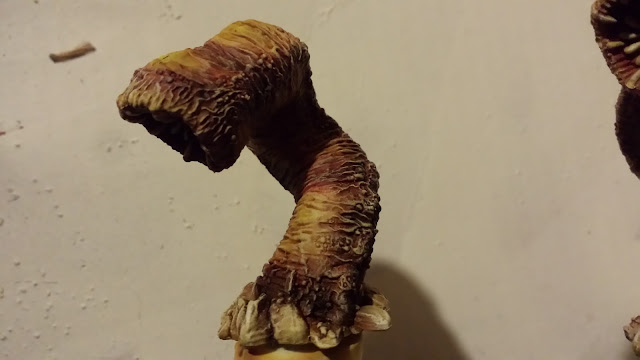 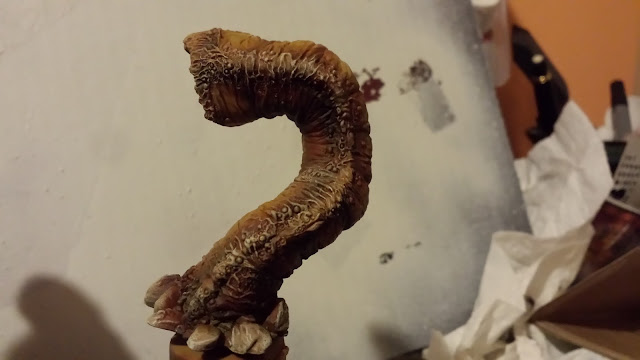 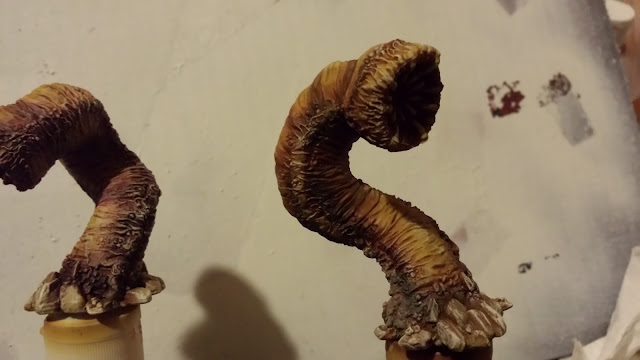 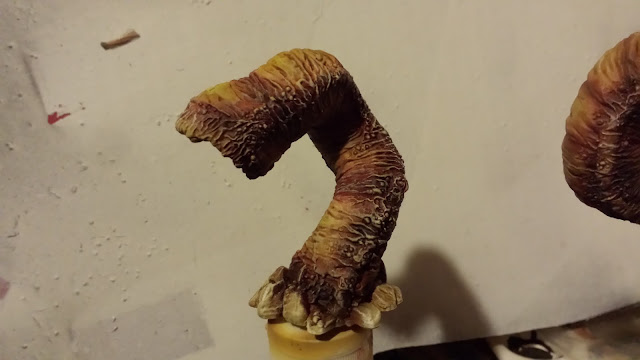 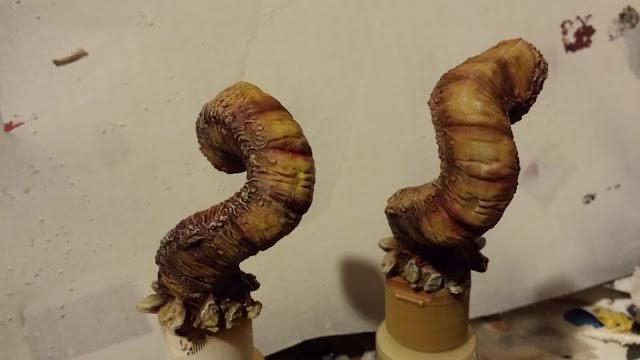 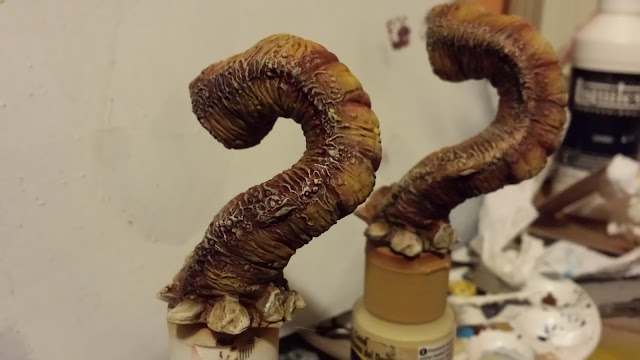 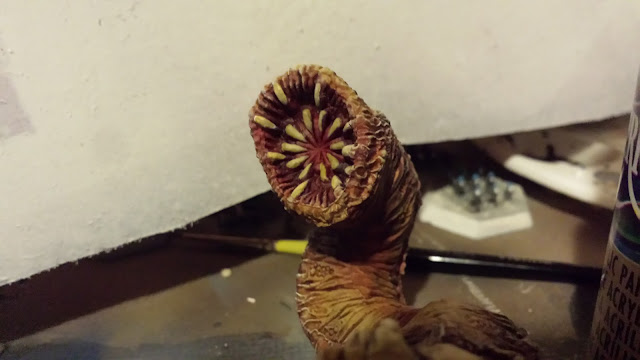 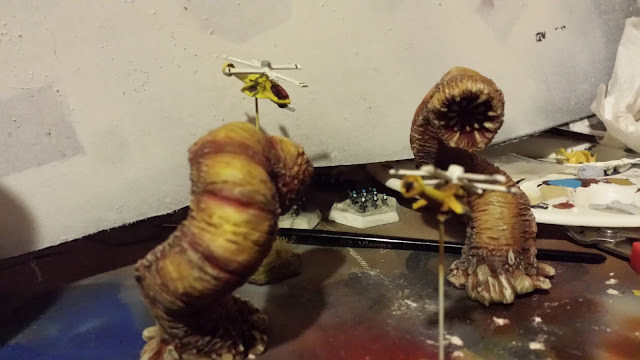 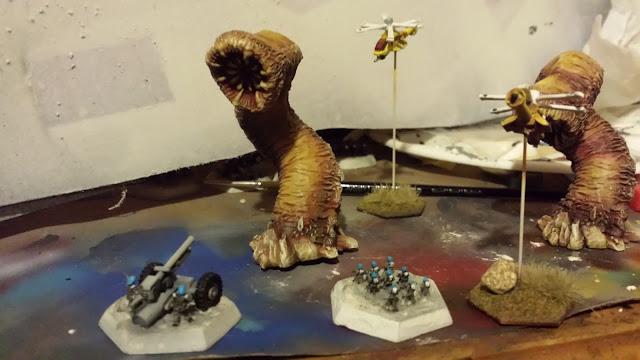 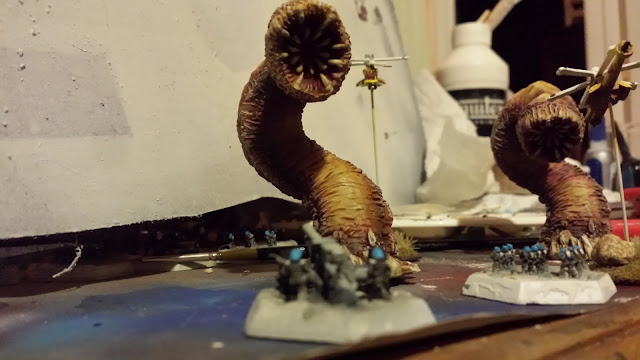