I do love me some Battletech. It's actually one of the first games of this type I ever played, way back in my freshmen year of High School. It's a wonderfully clunky mass of rules, much like the mechs themselves. A game of with two mechs can easily go two hours, if the damage is evenly distributed and you don't lose too many limbs.

Hence Alpha Strike, a sort of quick play rule set meant to get in a quick game with multiple mechs.  Just about everything is abbreviated in these rules, and Fritz and I were looking forward to trying it to compare with the regular game.

We took 150 points each, Fritz buying 5 mechs and me buying 6.  A game this size would probably take 3 or 4 hours in the regular rules. We finished in a little over 1.

I deployed my mechs in a line, with my heavy mechs directly across from the more concentrated enemy (left) and my fast light mechs on the right. 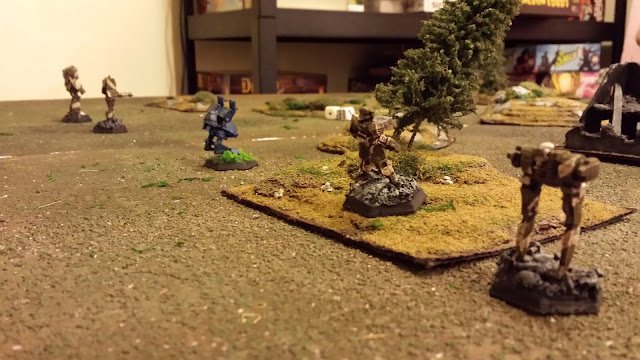 Fritz kept his force together in tight formation. 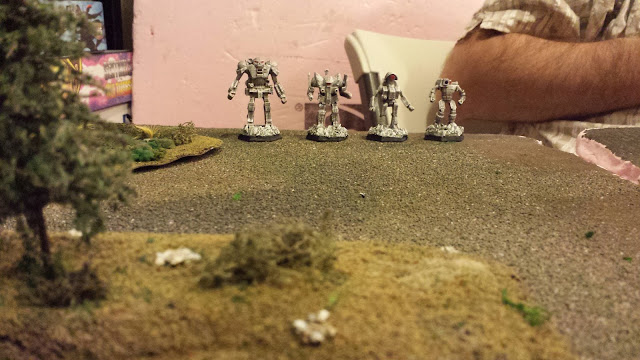 Movement was simplified, like everything else, but moving mechs are still harder to hit. 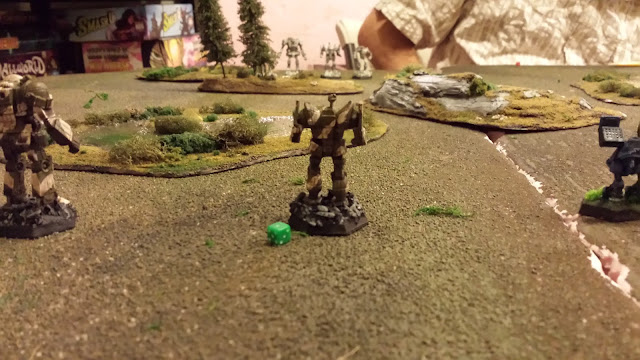 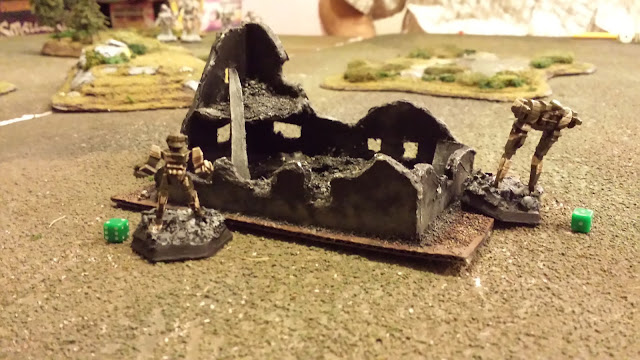 Especially water terrain, of which there were several pieces on the board. My initial strategy was to get my heavy mech to water to help with heat management. Guess what, that's not something you have to worry about in Alpha Strike, so water is useless. Instead of carefully choosing which weapons to fire (and when to fire all of them and spike your heat), only some mechs (strangely in my case the lighter ones) could overclock their weapons at all, accumulating a point of heat for an extra point of damage. They could safely do this three times, but at that point you can just stop. Heat just isn't a problem in this game. 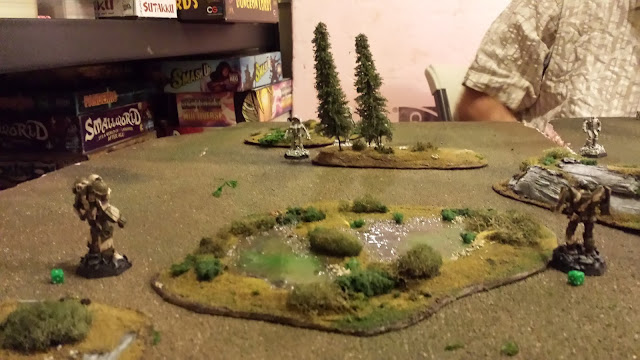 Fritz brought one of his mechs out away from the others to deal with my light mechs which were flanking him. I began to concentrate my fire on that single mech, but it's hard to hit from longer ranges. 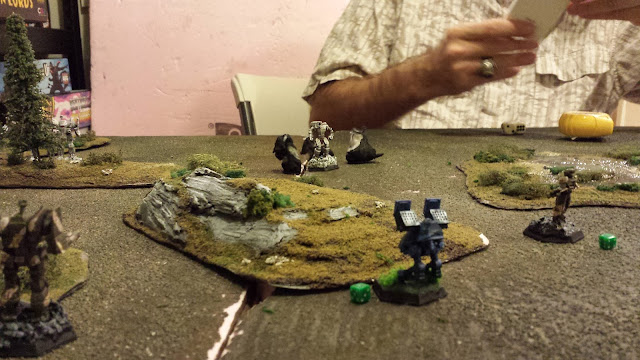 Then, he returns fire, and one-shots my weakest mech. In Alpha Strike, there's no rolling for where damage is, no limbs being blown off, no head shots, etc. There are critical hits, but honestly, they didn't really do anything for this game as they're very mild in outcome. In this instance, the mech shooting at me did 5 damage (flat) if it hit, while my mech had 2 armor and 2 internal structure, meaning it went down straight. Then again, the mech only cost 15 points... 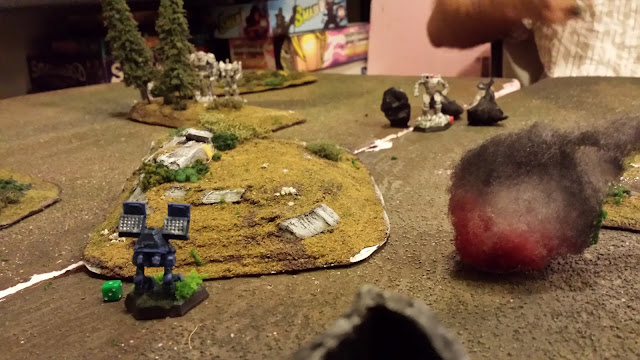 And while he wasted fire on that puny mech, my Jenner ran around to his rear. Rear armor isn't easier to penetrate in Alpha Strike, instead the attacking mech does an extra point in damage. 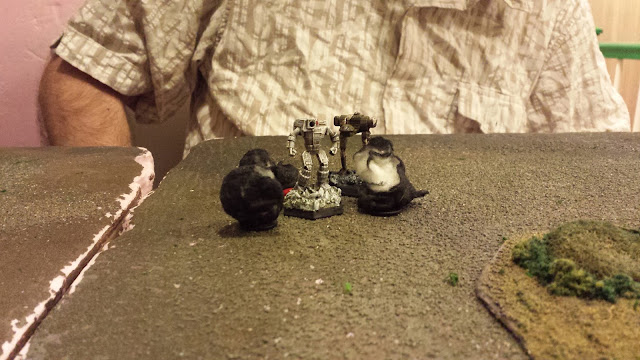 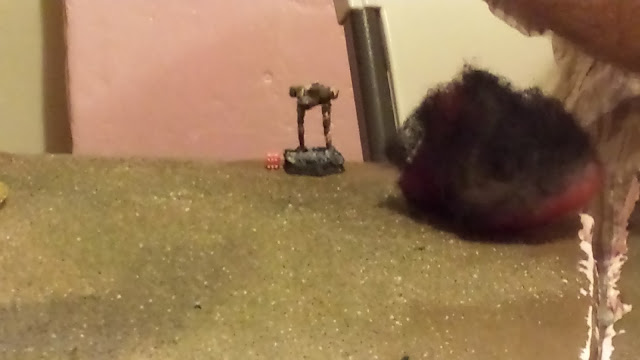 His heavies remain on the left. 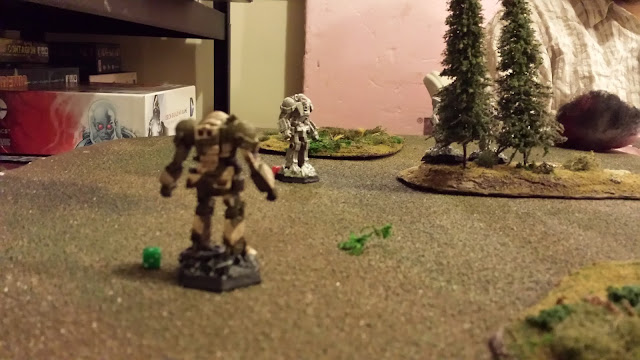 My flanking motion seems to be working... 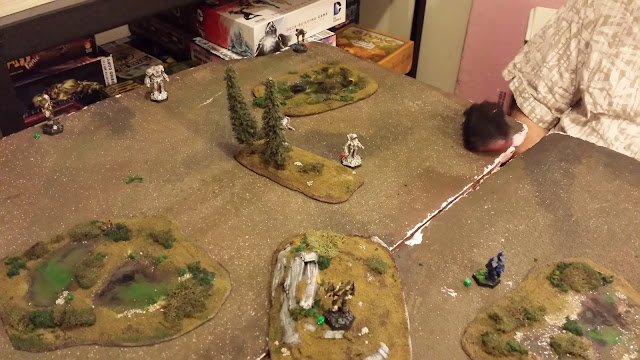 Getting my Jenner completely around the back of his heavy mechs, we begin to slug it out at point blank range. No punching mechs in Alpha Strike though... 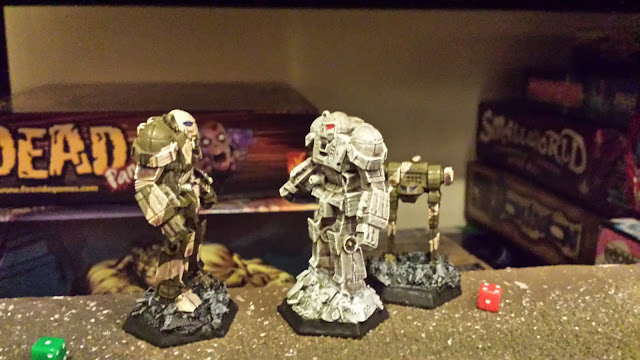 I win a series of initiative rolls which really give me the edge, getting my mechs behind Fritz's. Initiative is very important in regular battletech as well. It might be even more so in Alpha Strike. 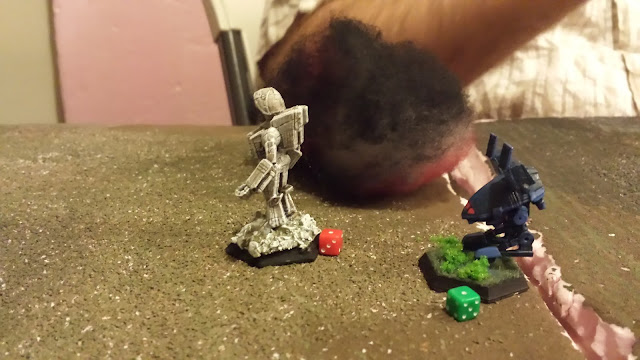 We dance around each other, armor points falling on all sides. 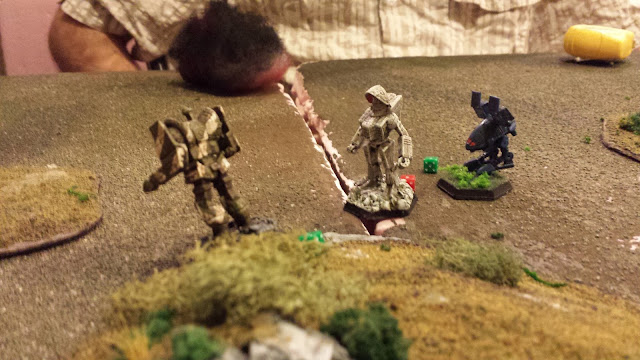 As Fritz's mechs start falling, winning initiative really starts to matter - in fact it snowballs. If I win, he has to move a mech first, after which we alternate. But if I have two mechs more than him, I'm moving two after he's finished his moves, allowing me optimal placement. 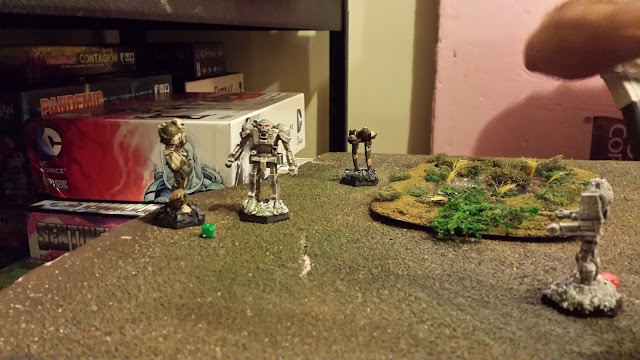 After all, if I'm behind you, I can shoot at you but you can't shoot at me... 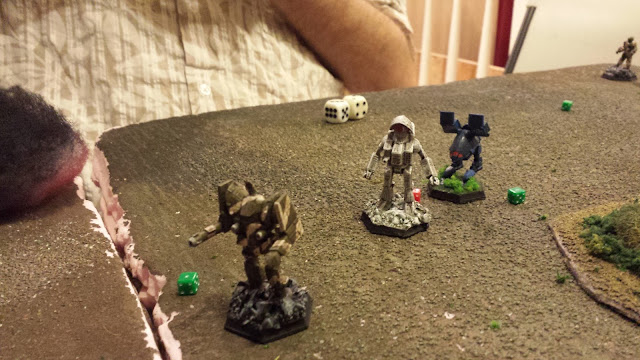 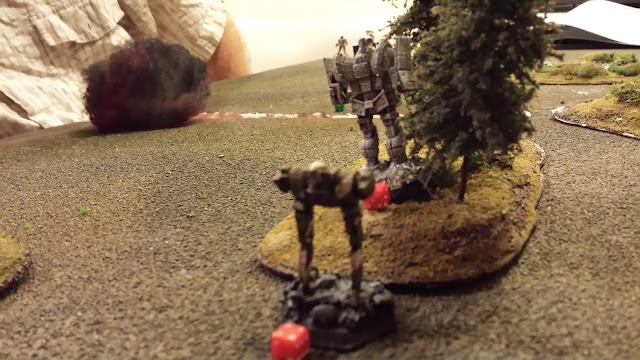 Fritz's heavy stays on the table edge, the only place I can't outmaneuver him. 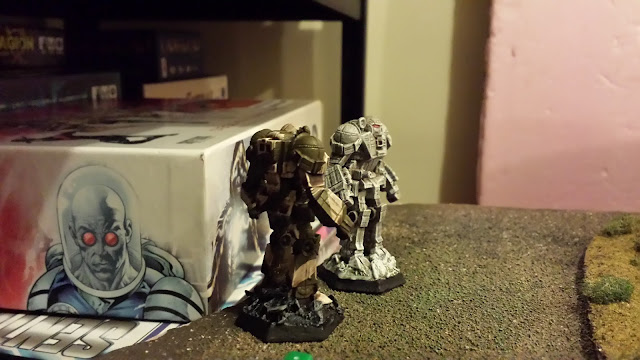 But in the end, he goes down. 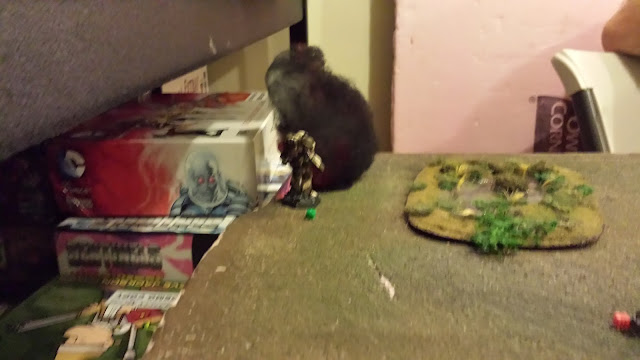 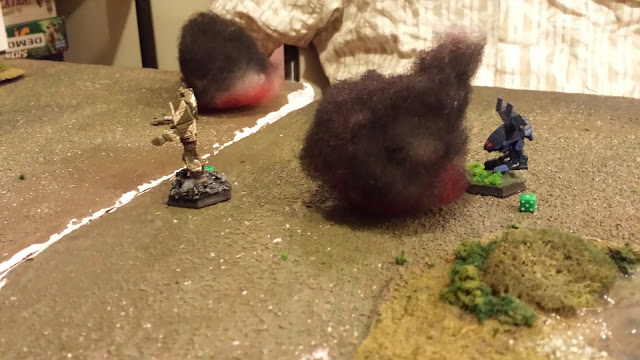 One mech remaining, which I now have surrounded. 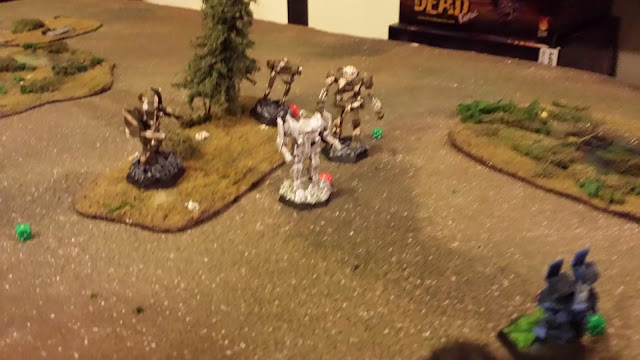 And it goes down.  Mechs go down much quicker in Alpha Strike. 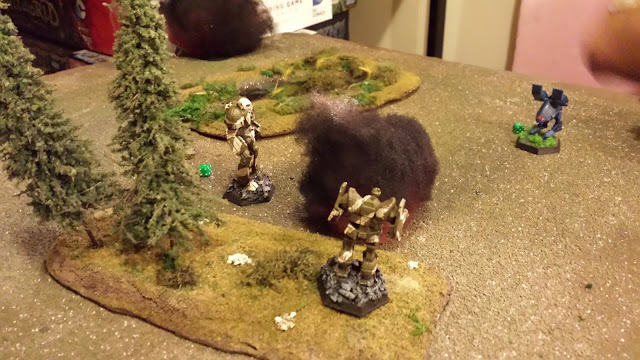 So, the verdict?  Some of my favorite parts are stripped out of this version - especially the tension of getting hit and no knowing immediately how bad and to what systems. Also, heat management and choosing between weapons is an essential part of the original game. That said, it was still more or less Battletech, and having so many mechs on the board allowed for entirely different tactics to emerge. But the real selling point was the time it took (or didn't take) to play it. We were able to squeeze in a very enjoyable game of Battletech after a game of All Quiet on the Martian Front and still had time to spare.

So in the end, I'd have to say that I enjoyed Alpha Strike, but it's not so much a replacement as another, less intense, way to play a great game. If you love Battletech and want a quick pick-up game of it, then give Alpha Strike a try.
Posted by Unknown at 10:36 AM