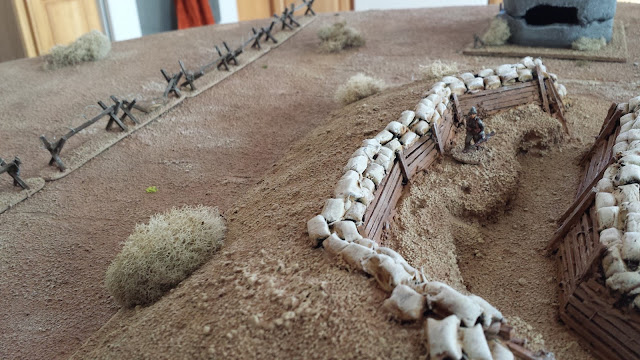 Sometime in December I committed myself to writing and playing a Spanish Civil War campaign (for Chain of Command), based on the Lincoln Battalion at the Battle of Quinto. I wasn't sure what all the tables would look like, but I knew that in the first or second game the Lincolns would have to try to break a fortified line defended by Carlists.  I started the terrain, but then the holidays happened, as they do, and I didn't get back to it until after New Years. Sadly, this means that some images I took got lost in the jumble of holiday photos, but there are enough that they might help folks looking to do the same sort of thing.

First, barbed wire!  I've been meaning to do this anyway...  tongue depressors work nicely for this. Then a pack of "match sticks", cut with an X-acto knife. 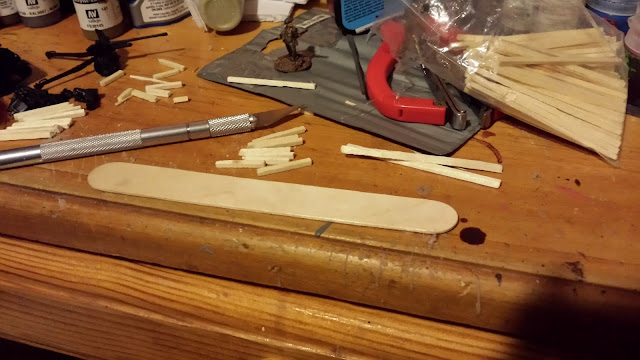 With a glue gun, this is a piece of cake. If I'd tried to do this with white glue, I'd have gone crazy.  Just a few dabs, and everything stood up on its own within seconds. 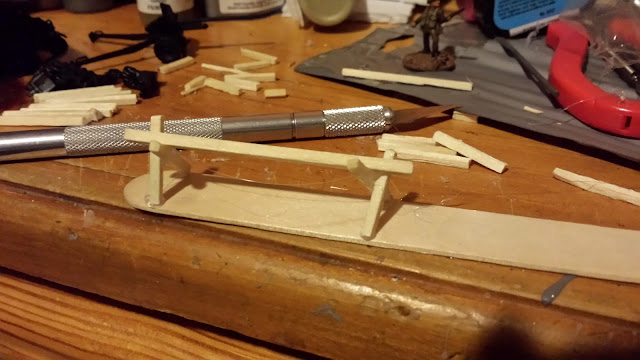 Two of these little structures per stretch should do it. 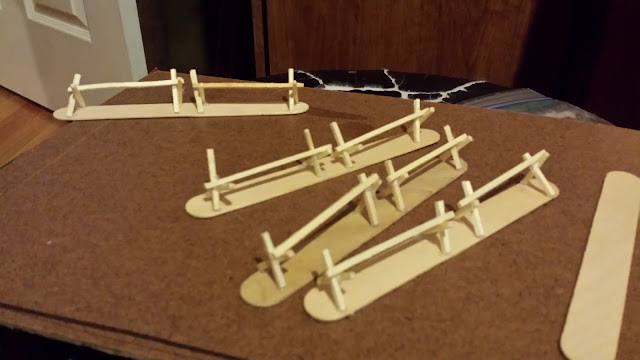 I had an extra piece of mdf board (hardboard) sitting around and decided to use the same basic idea to make a minefield with wire around it. 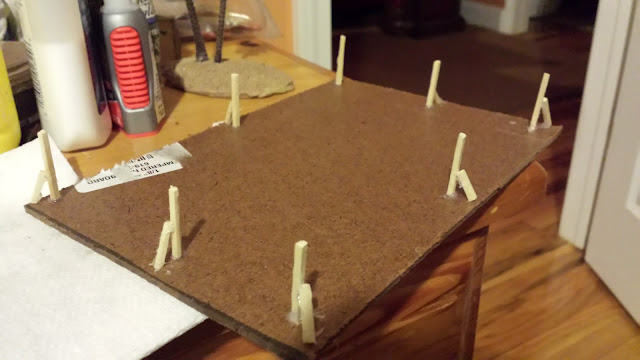 I also wanted a bunker for the battle, so I took a 2" piece of insulation foam, and a foam cutter, essentially a cheap stick of metal that heats up, and cut it out. 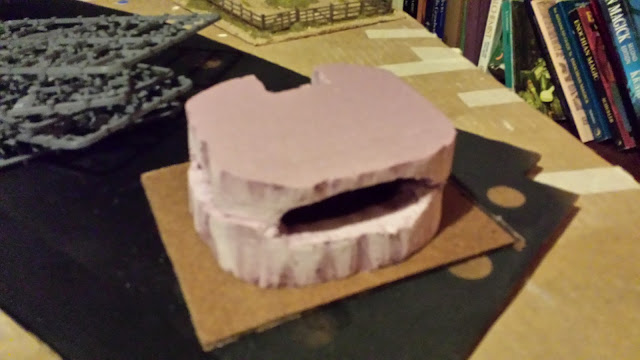 It was, predictably, a bit of a pain. I really hate working with foam insulation. 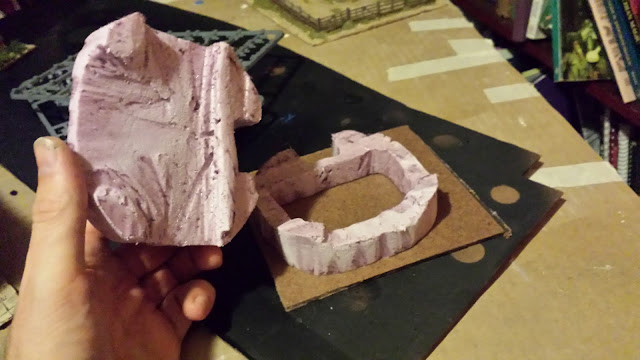 I used the same insulation foam to build the hills for a stretch of trench, but sadly lost the first few images. Basically, this is two pieces of foam, cut into a sloped hill. My cheap foam cutter broke just as I finished the basic shape. I then sanded it down, and glued it to the hardboard base with hot glue. 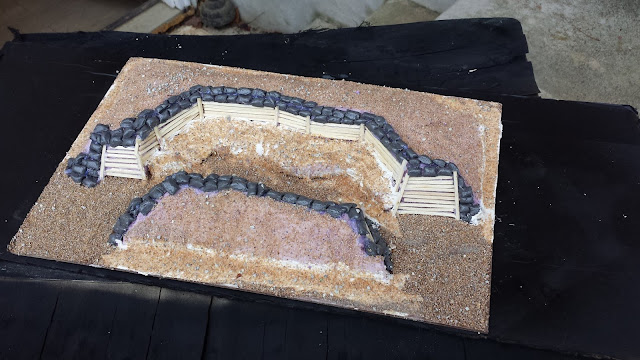 The sandbags are air-dry clay (it comes black), rolled by hand into long strips like spaghetti, and then cut into small pieces. Cutting them naturally depresses the edges, making them look more like bags with sewn seams. I used more hot glue to glue them down, and then used the rest of the pack of matchsticks for the boards. At that point, I was just breaking them by hand, wanting them a bit uneven, and doing all of the boards probably took less time than my 6 sticks of barbed wire.

Everything is covered with sand before priming, for ground texture. 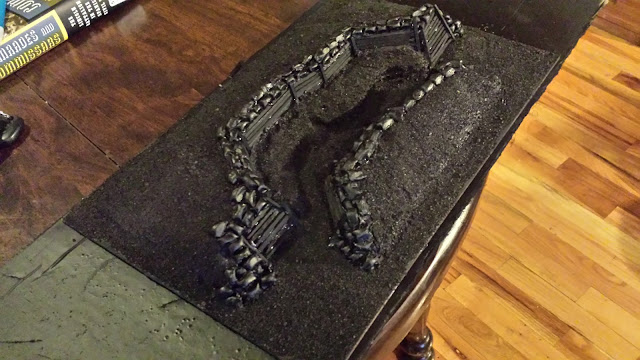 Primed everything black before painting. The painting itself was nothing special, just my usual Spanish earth colors, with the bunker painted dark grey, given a black wash, and then heavily drybrushed. 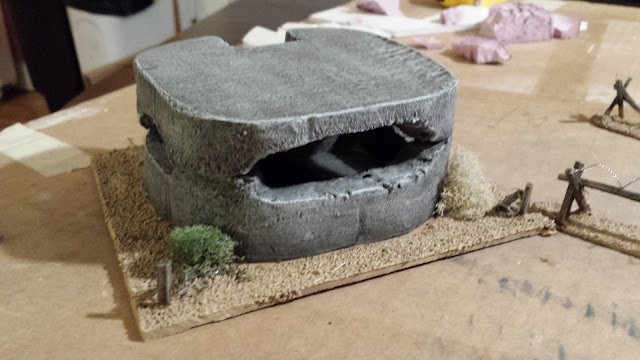 Not wanting the trouble of twisting my own wire, I just bought some from Gale Force 1 on Amazon. Attached with some super glue, as it's less obvious than hot glue and dries clear.

One of the sticks broke while in progress, but I decided to leave it, and glue it down for use when tanks press down the wire. 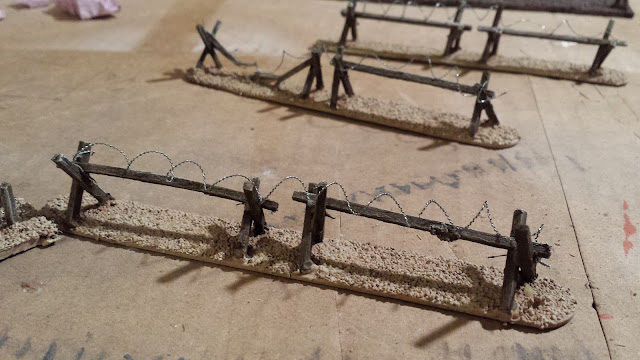 I was surprised by how quick the trench painted up. I painted the earth first, then the boards and the bags with some cheap craft paint, and gave it a quick sepia wash. After drying overnight, I did some light drybrushing, pretty much just one color and then a very light drybrush of off-white. 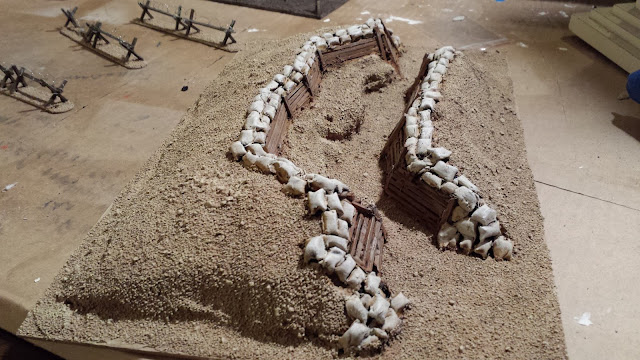 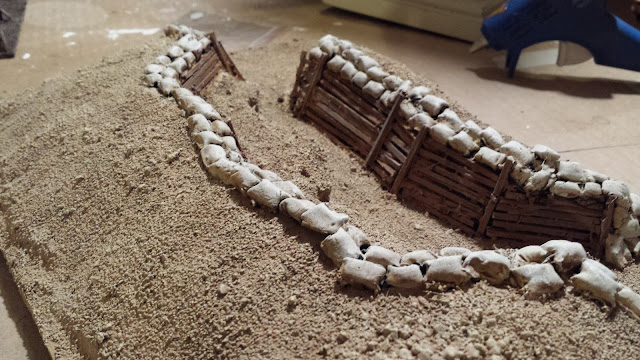 The trench is a bit oversized. It's probably more truly 28mm scale, but it works for 20s, but only because I added the firing step. I wanted any infantry in the trench to have the option to step down out of line of sight, and back up to shoot. 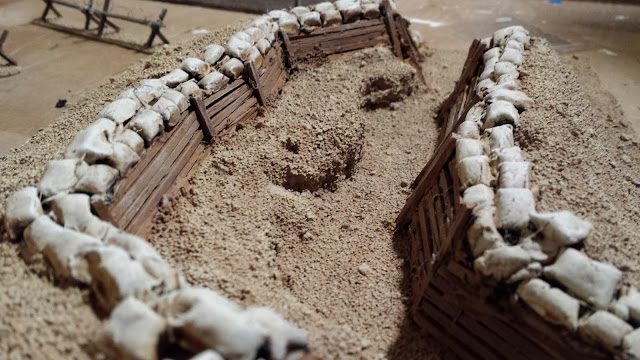 With everything finished, I added some bits of dry foliage to the piece for flavor. 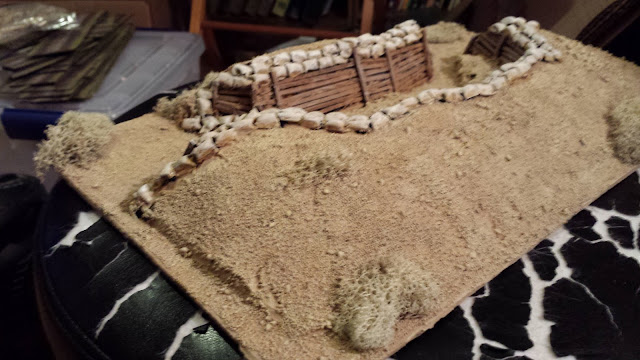 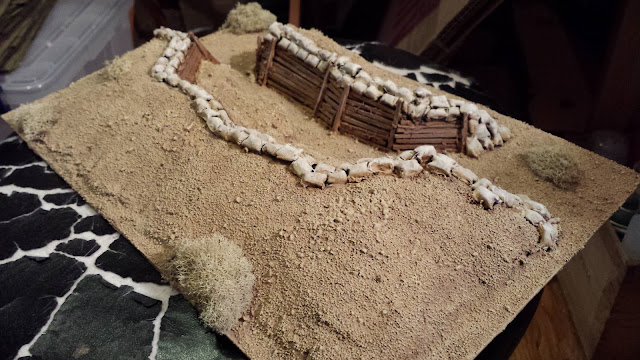 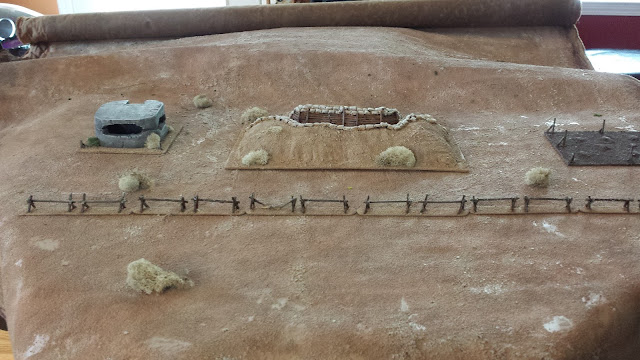 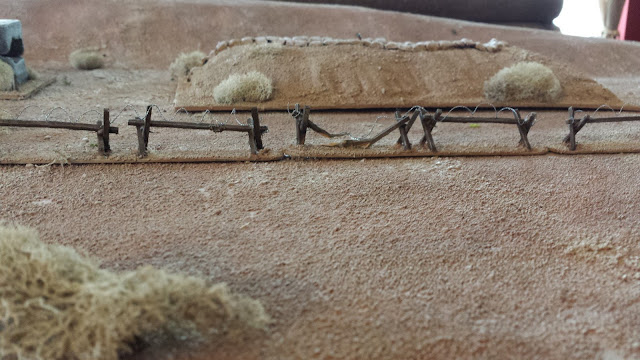 I wouldn't want to to have to try and take that bunker. 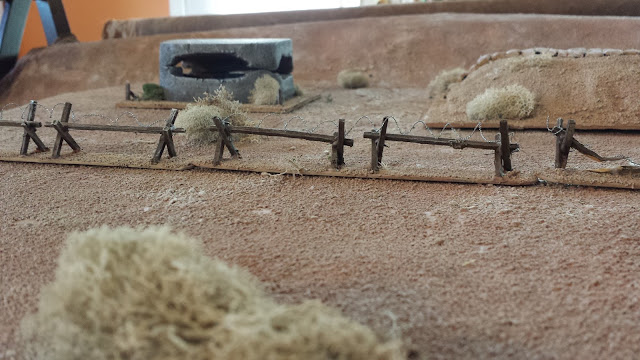 The minefield, being intended for WWII, isn't quite finished (I ran out of wire), but it's not my priority at the moment. I kept it in the final shots for completeness. The bumps are just sanded bumps of wood filler. 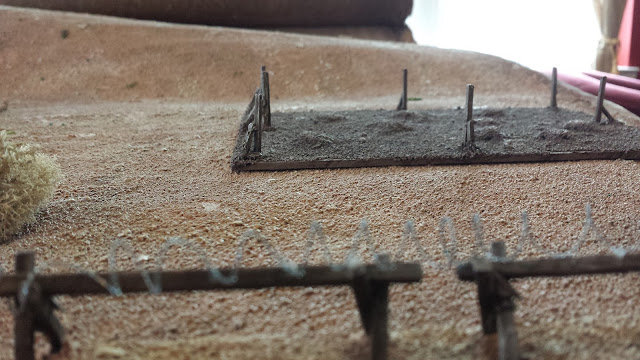 This is going to be a hard nut to crack for the Lincolns. Thankfully they have some T-26 tanks moving up in support... 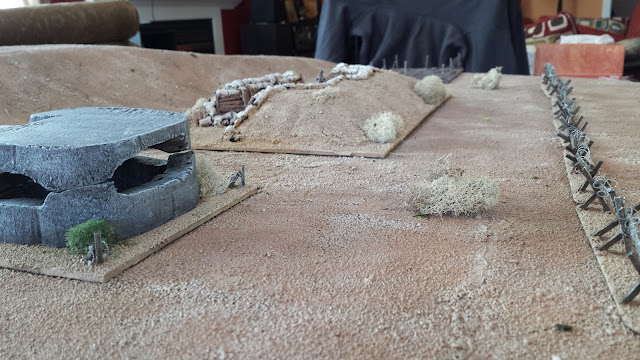 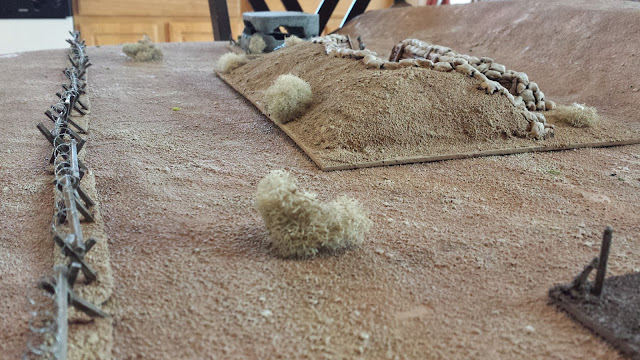