It's been a while since I've posted anything no this blog, but I just completed an absolutely insane project I'm very proud of.  Imperial Ambitions is a game I designed and just playtested for the first time with 30 players and 4 GMs.  Set in a pseudo-historical empire loosely based on the Holy Roman Empire of our world, the players were divided into teams of three to guide 8 duchies, the Emperor's house and the church towards their disparate goals. 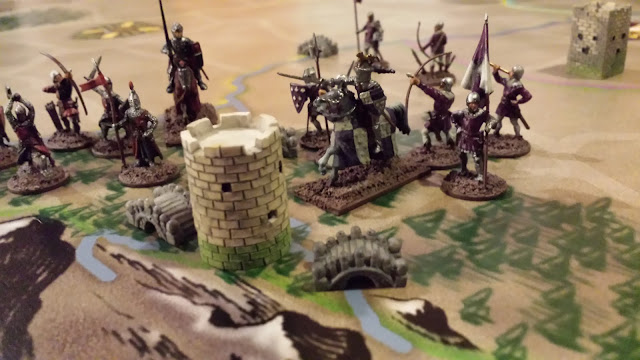 Watch the Skies is becoming something of a craze among gamers.  Games are popping up all over the United States, and I had the opportunity to play this past December. By about turn 2 I knew I wanted to design my own game like this. Watch the Skies is indeed awesome and fun, but in the US there are few other options for large scale game/simulations like this. Imperial Ambitions is my attempt to design a "megagame" of my own, and oh my god it went great!

For three months I worked to design the rules, painted over 200 miniatures, made tokens, three decks of cards, and a massive 6'x4' map on Photoshop which crashed my computer numerous times but looks great. 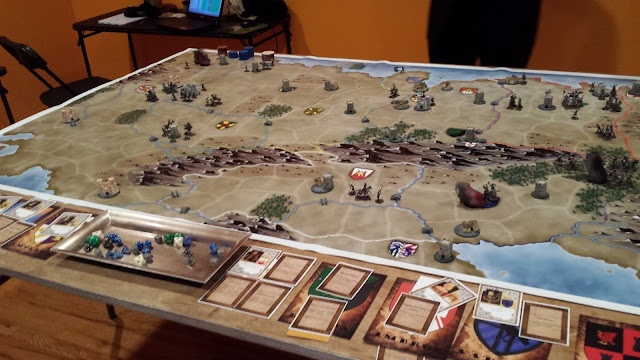 This past Sunday, I finally ran the thing with an amazing team of GMs and watched as the plots grew and the Emperor brought the noble factions into line to centralize his authority. The pace of the game was so intense however that I was only able to take a few pictures. I'll post more, including a look at the cards and tokens, in another post.

For anyone interested, I'm planning to run the game again in the fall (NY area), set 20 years after the events of this game. 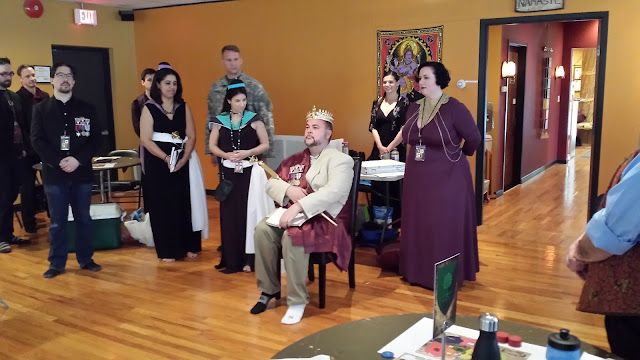 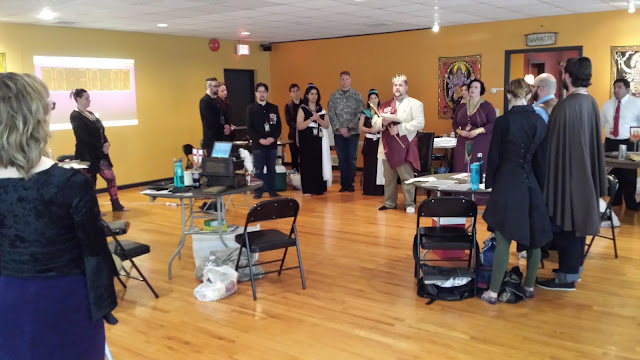