Duel in the Skies, Part I


April 1917, on the front near near the Aisne river.  The allies are on the offensive, pushing back the boche.  A machine gun nest is giving the boys a problem and Captain Luke Stirling is going to take care of it. Hopping in his SPAD XIII, he intends to silence the gun over the course of several strafing runs. 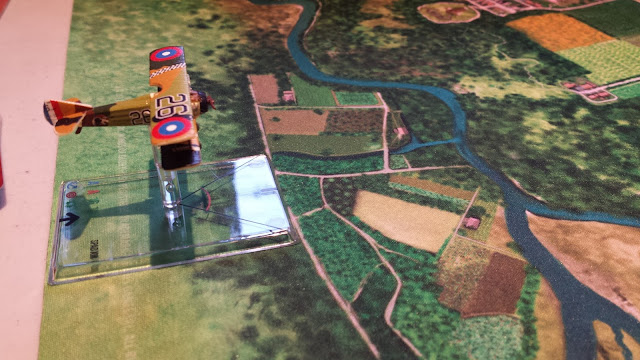 But Luke isn't alone in the sky this day. The infamous Red Baron, Manfred von Richthoven, has the same mission. Flying from the East, he intends to strafe the allied trenches, giving the Germans a chance to regroup. 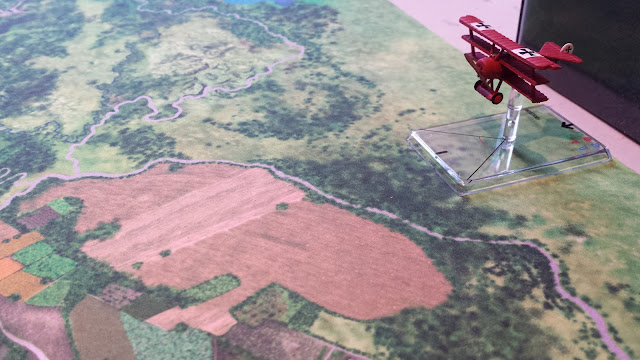 The two planes fly straight at each other, and in the first shots Luke fires at the Red Baron while the Baron saves his fire for the trench. 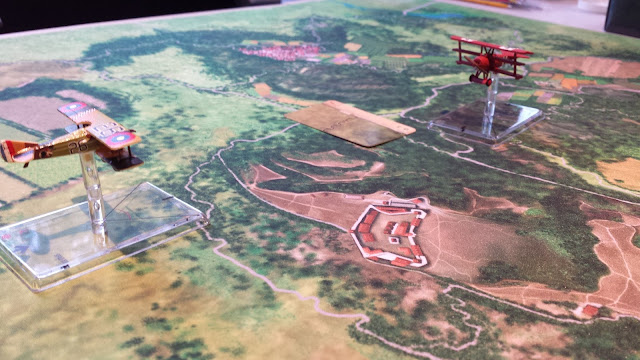 The Baron maneuvers to avoid Luke's fire, and Luke shoots at the trench instead, silencing the German gun. 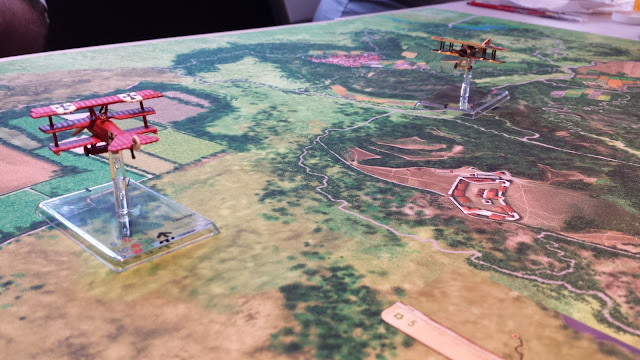 The two planes pass each other, and the Red Baron completes his run, destroying the allied machine gun. 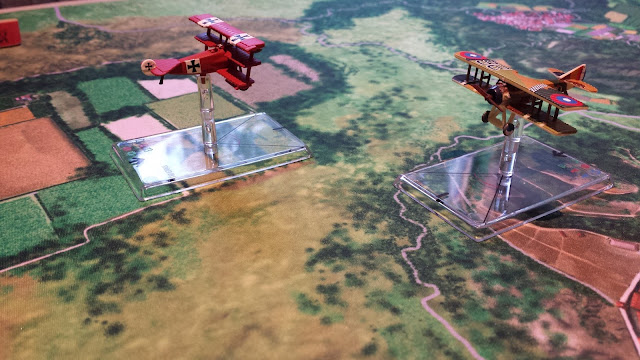 Now it's a race to clear the area. Luke has a head start, and the Baron tries to come about to down the fleeing American. 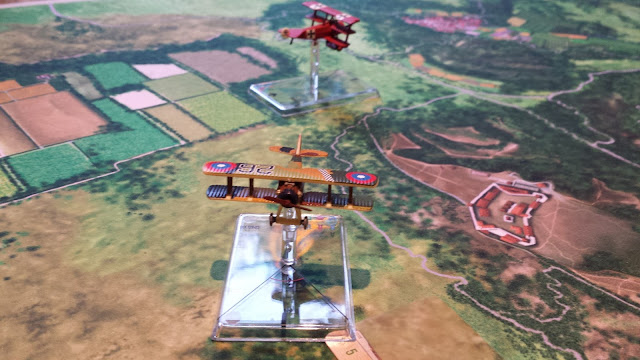 But Luke's SPAD is too fast. 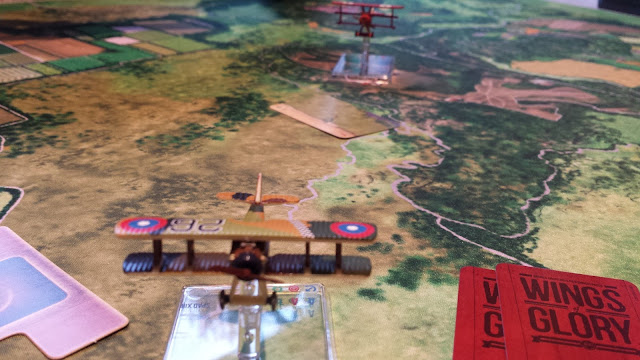 The Baron shakes his fist ineffectually at the surprisingly skilled American pilot.
"Next time Stirling, next time!"  Part II here. 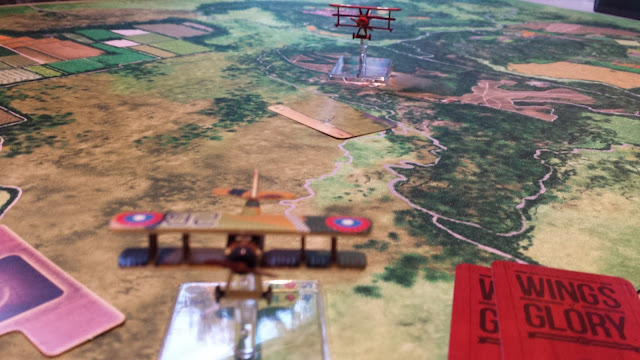 Email ThisBlogThis!Share to TwitterShare to FacebookShare to Pinterest
Labels: Wings of Glory