Sadly, I lost the earliest pictures of these as there was a two month gap between starting them and finishing them.

These hedges, useful pretty much for any kind of wargaming (not every hedgerow is in Normandy - I see this sort of thing constantly in New England and everywhere else), started with an mdf base built up with spackle (wood filler), sanded, and then textured with glued on sand. This much spackle does take a few days to fully dry before you can get to the sanding and glue. A brown basecoat was applied in case the flocking came off, and the highest part in the middle painted and drybrushed a bit to be stoney. 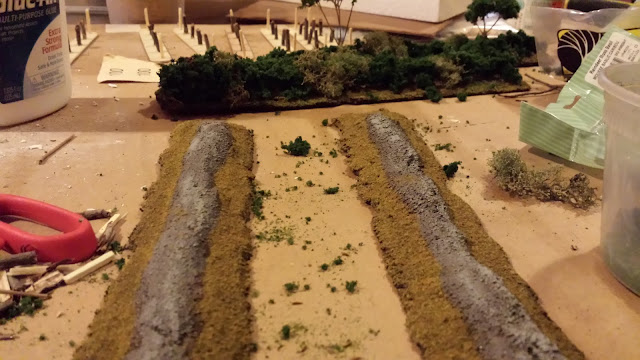 But the real fun was working up the bushes and hedges. The trees are from a woodland scenics kit - its the one that comes with these little twiggy branches that you dip in glue and then clump foliage. They're rather delicate, but so are the hedges in general, and they end up very pretty so its worth it. Still, be careful if you go that route. There are far easier trees out there, but I find that these are very realistic. The 12 of these I made will just have to live in their own box. 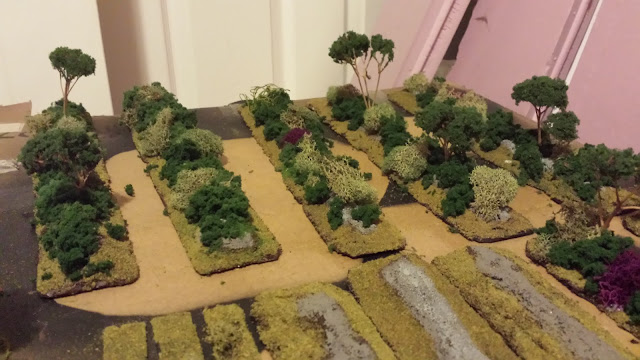 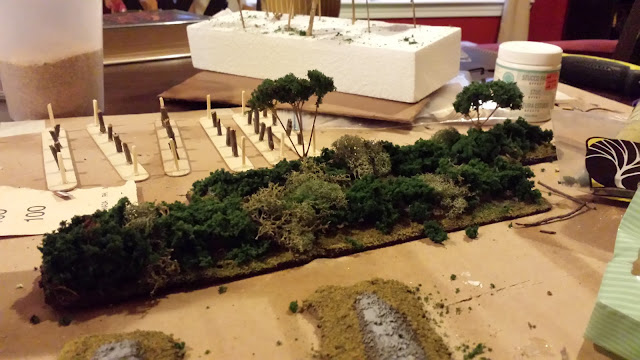 I used a mix of lichen/moss and clump foliage to give some variety. Just like when painting, you want 3-5 textures and colors in the mix. 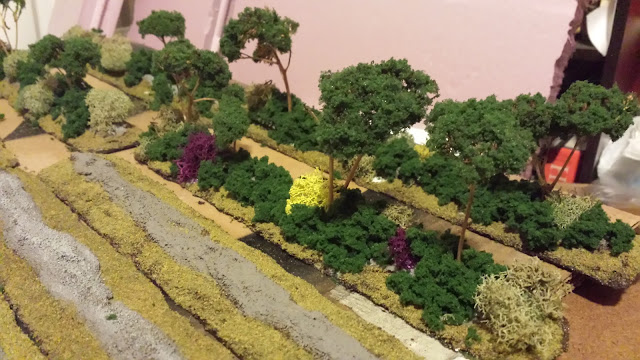 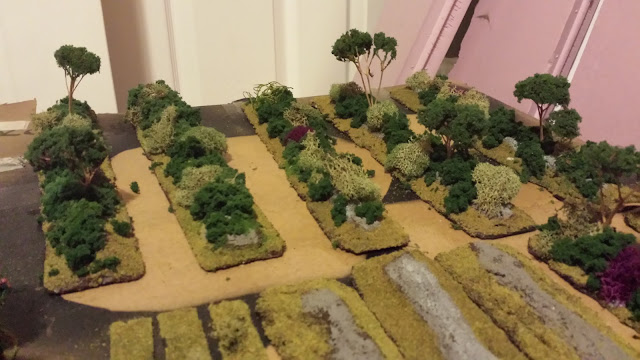 The vineyards turned out to be a far more labor intensive project. Not difficult really, but just very time consuming. I'm once again indebted to the wisdom of the internet for this project, especially the tutorial over at Scrivsland.

These are tongue depressors, upon which I glued two toothpick/craft sticks on either end, and then glued four twig bits picked up outside.  I used a gel-style superglue to hold it but hot glue would have worked just as well if not better. After it was dry I textured the base with sand (and a layer of watered down white glue on top to hold it), primed it black and gave it a heavy paint job in the same colors as my SCW figure bases and terrain mat.  I did them in two batches, and in the first, I put trestle (copper wire) on before the sand which was a mistake. If you try this yourself, I recommend doing the wire once everything else prior to priming is done. 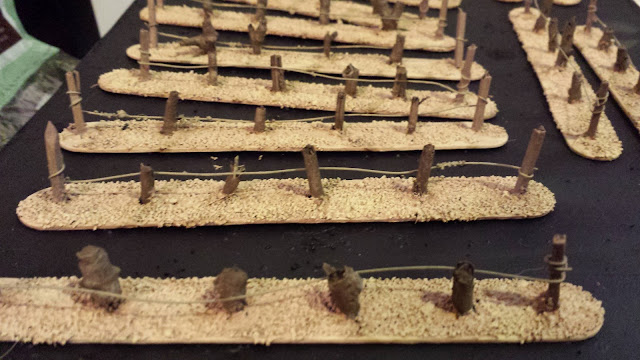 I painted the cord German beige, and painted up the (primed) twigs in appropriate colors. Then hot glue to put the foliage on. I found this worked much better than white glue, etc. Just do them one at a time or the glue will cool before you're ready. 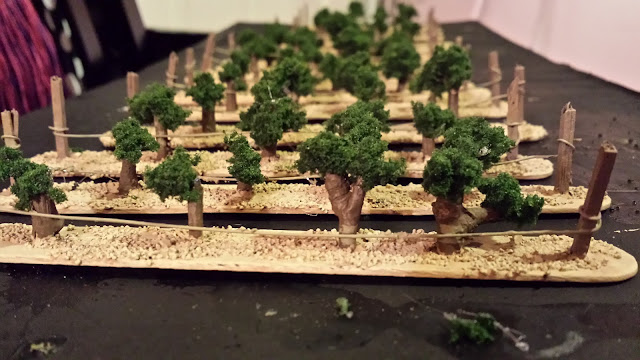 Some pics of these on the table: 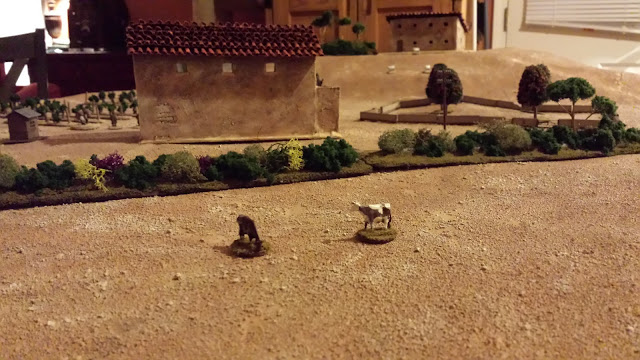 I'm rather happy with the vineyards too! 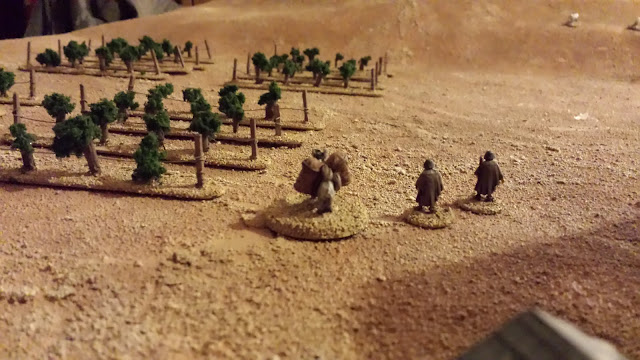