Welcome to the front page for my recently completed "Vicksburg Campaign", a home-brew, narrative-based campaign for All Quiet on the Martian Front.  The campaign follows the exploits of the newly constituted 29th Infantry Division as it attempts to defend the Mississippi Delta region from the Martian Invaders.

The campaign takes place in the Spring of 1914, three years after the start of the war, and specifically a few weeks before the official campaign event for the 2nd Battle of Memphis. As the Martians plan to break out of fallen Memphis into Tennessee, they send a smaller force into the sparsely populated and very rural Delta region of Mississippi (not actually a delta but an alluvial plain spider webbed with small rivers and swamps), in an effort to draw off the American defenders arranged around Memphis. With so much importance placed on defending Tennessee, General Pershing has left the defense of 200 miles of river land to a single division, the 29th. 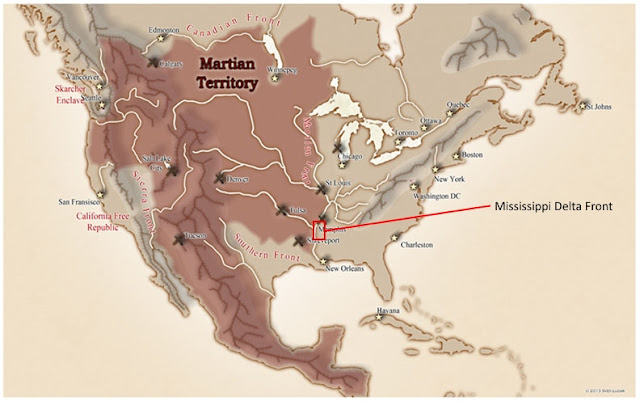 While both sides regard the actual delta area as unimportant in the grand scheme of things, if the 29th Division is overrun, significant forces would be drawn away from the important defenses around Memphis, which may result in a breakthrough there.

Martian Objective: Either take the heavily fortified city of Vicksburg (not attempted), or cut the Jackson-Memphis rail line across the Yazoo River. This is a vital artery of supplies to the defenders outside Memphis and its disruption would cause General Pershing to send divisions south to retake and repair them.

American Objective: Prevent the Martians from achieving their objectives, and force them back across the river if possible.

If the Jackson-Memphis line is not taken by the Martians at the campaign end (which isn't really set but will decided based on the emergent narrative), but the Martians still hold ground across the river, the campaign will end in a draw. However, a draw will satisfy General Pershing just fine, so long as he wins at Memphis, and will go down in the history books as an overall strategic victory for the United States, even if a stalemate for the 29th.

Originally this campaign was to be two-player, just me (as the Martians) and my buddy Fritz (humans), but eventually Bill from the AMQF forums contacted me, interested in joining in with his own group of players. We gave him the northern sector of the delta to handle, while Fritz and I focused on the southern area.  Bill's games are lettered on the map, and Fritz's are numbered.

The Course of the Campaign:
Click on any of the battles below to read the report. 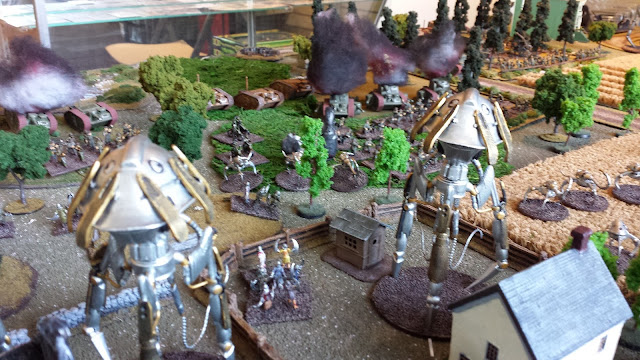 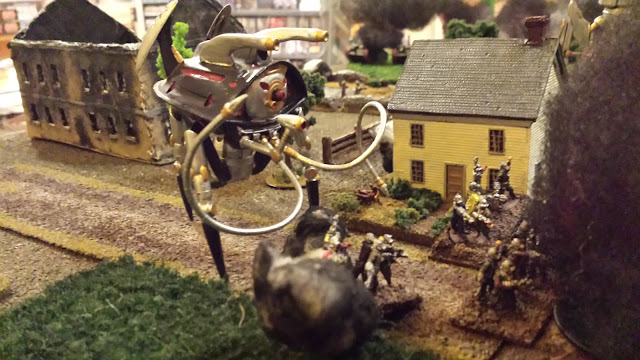 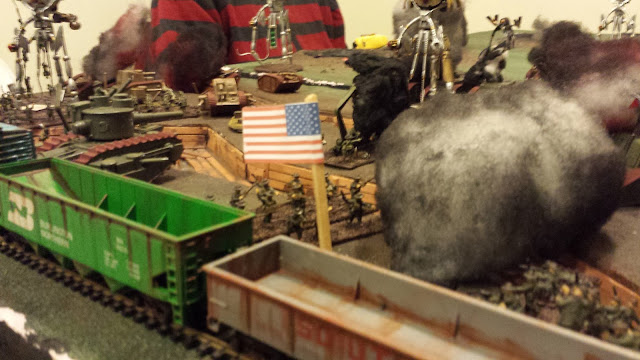