Painting up that cardboard tenement... See here for the build, and here for how to paint the rubble and very ruined sections.

With a piece this size, there's really no waiting for coats to dry. You put on a layer, then turn it and work somewhere else for a while, then go back to the first for the next layer.

Began with a dark blue (midnight blue) and a yellowish brown (cafe latte), both cheap Folkart paints for the facade. The first coat was the thickest, but one coat only so that some of the black shows through, muddying it a bit.  The best thing about painting ruins is that you don't have to be precise. 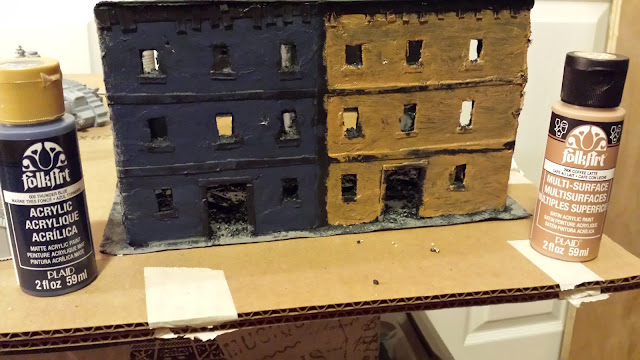 Then I turned it around and put on some dark grey, much like the previous low ruins. Again, I used a stipple motion rather than brushing on, which creates additional texture, and doesn't cover as completely. The color was mostly put on the flat surfaces, leaving the kitty litter piles of rubble and recesses alone. 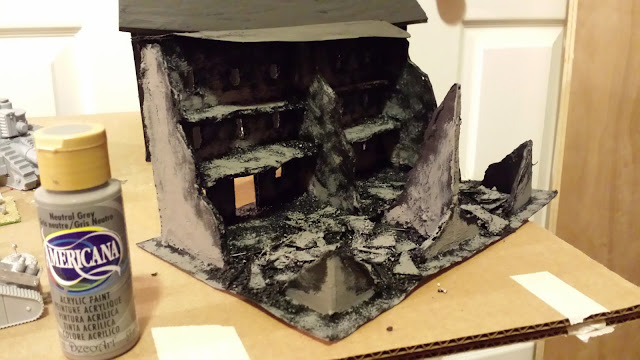 Back to the front, I took my time drybrush/stippling a lighter blue (cloudy sky) and a lighter yellow (camel), both thinned with acrylic thinner first.  I find the thinner makes it go on a bit more subtly than otherwise. Just a few drops go a long way. 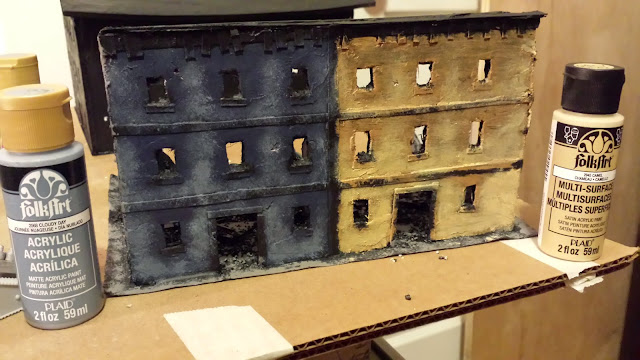 Then a slightly lighter grey, stippled over the ruins. See the low ruins for details of the various layers of grey. I also used a very light grey (same as I used for highlights) to paint the various architectural details like windowsills, etc.  Very straightforward. Afterwards, I carefully stippled on some black with a very dry brush. It's very easy to overdo this, so it's better to take your time, layering paint gradually, rather than to have too much paint on the brush and throw on some black globs.  The black was stippled on in a triangular pattern up from the windows, and a bit around the edges, getting heavier as I proceeded upwards.  Think of smoke pouring out of those windows, it will stain the facade in an inverted "v" pattern, and will darken the building the higher up you go, as smoke rises. 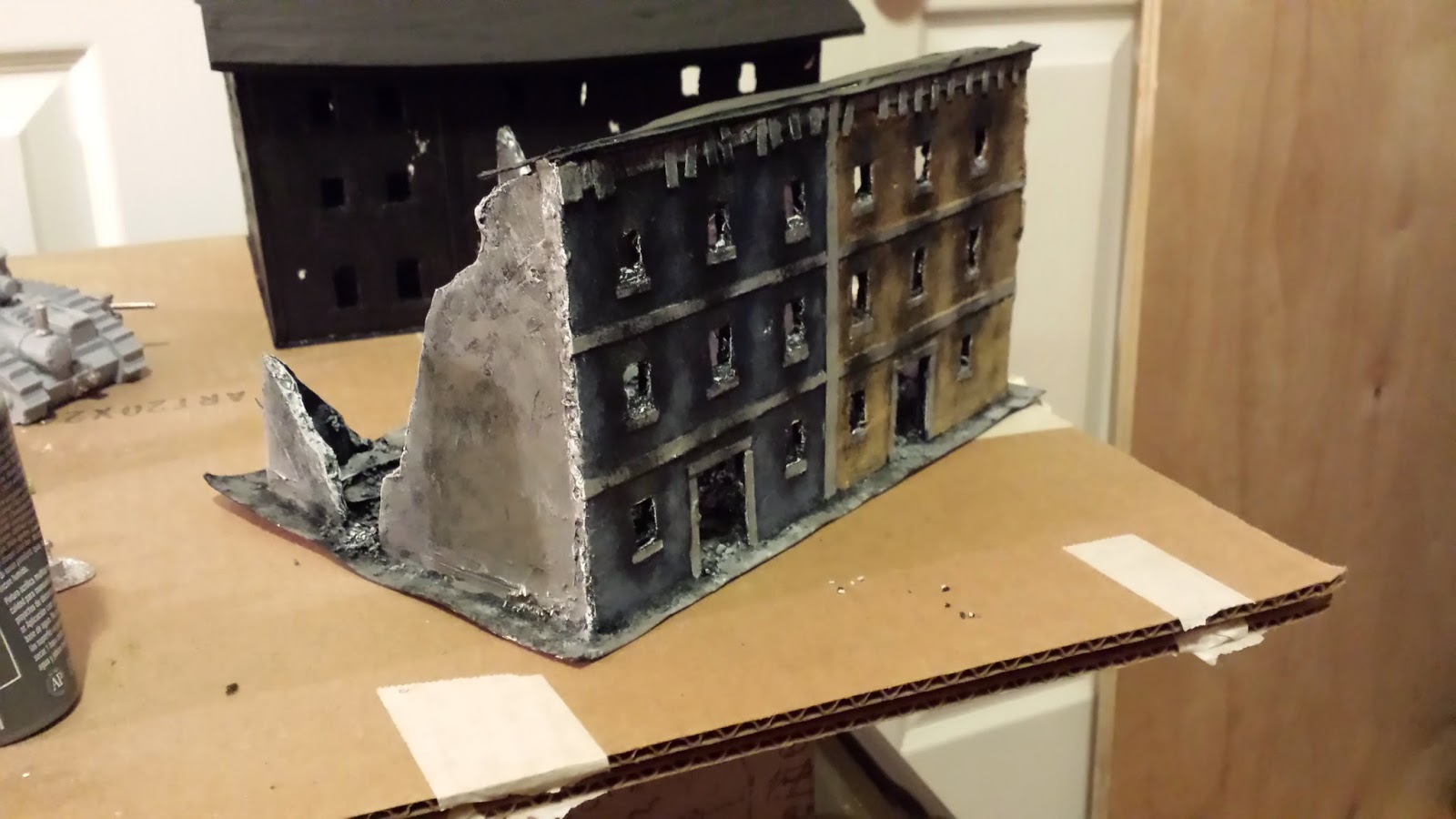 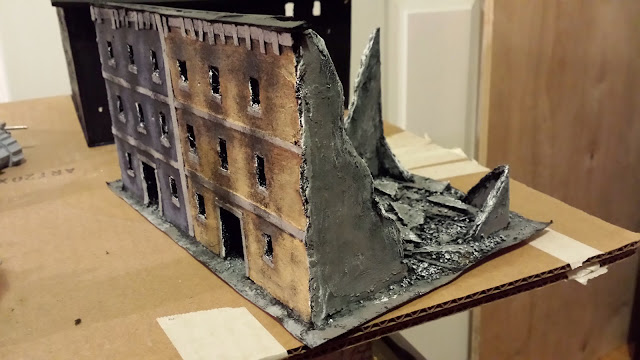 After that, layering the "ash" Folk Art paint into the cervices, Slate Grey (a very light grey) for the raised sections and rubble, and that semi-shiny satin white for the final highlights. Done! 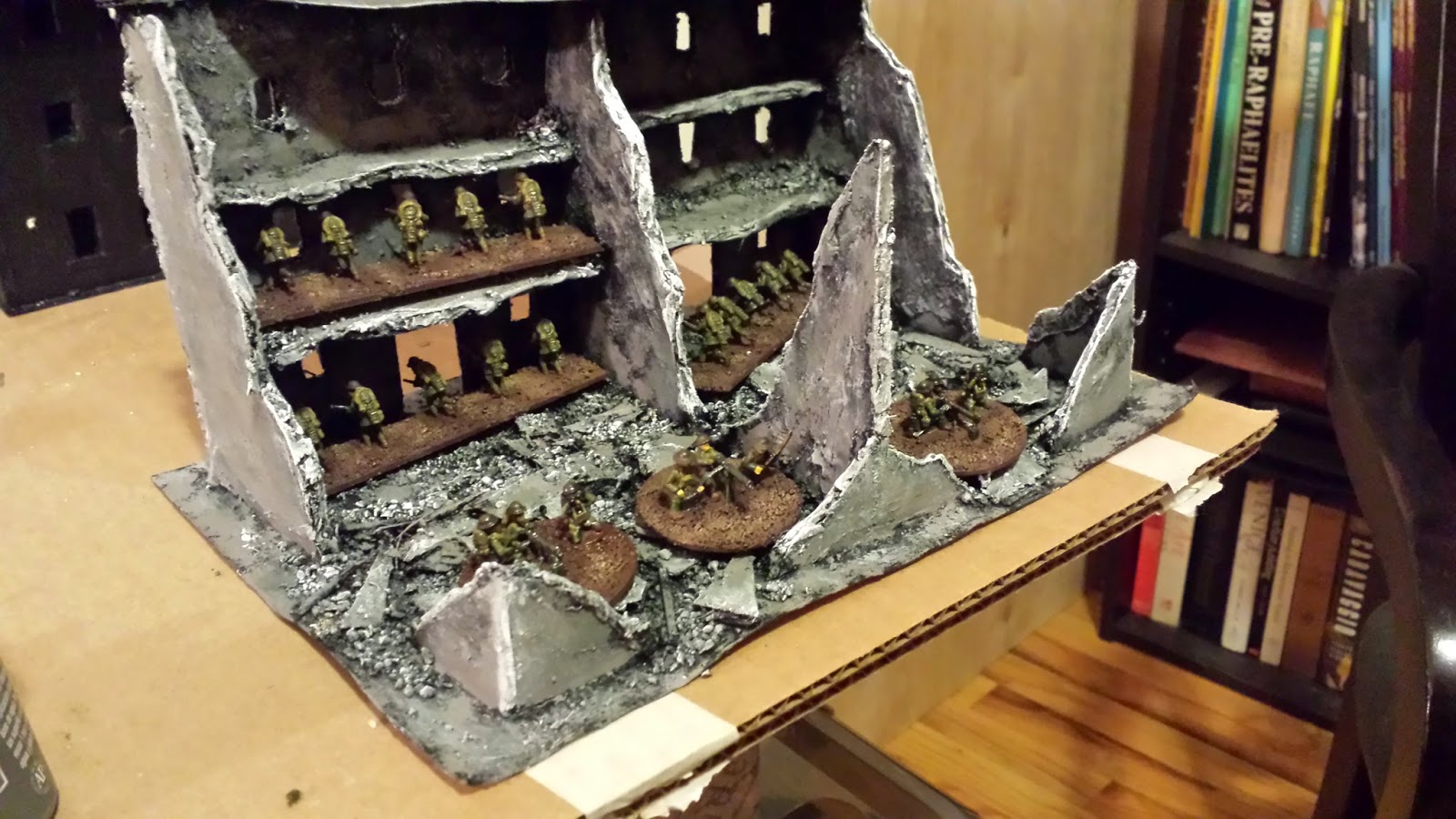 Did much the same for this larger "warehouse" building, using a brick red and a lighter, dull red for the facade and piles of brick inside. Otherwise, the same techniques, only it took much, much longer, given the size of this thing. Here's a few pictures of the completed building: 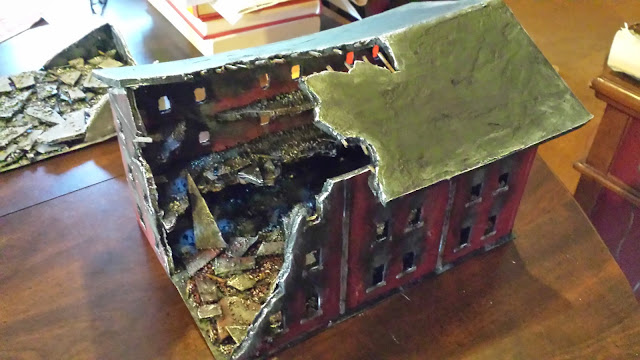 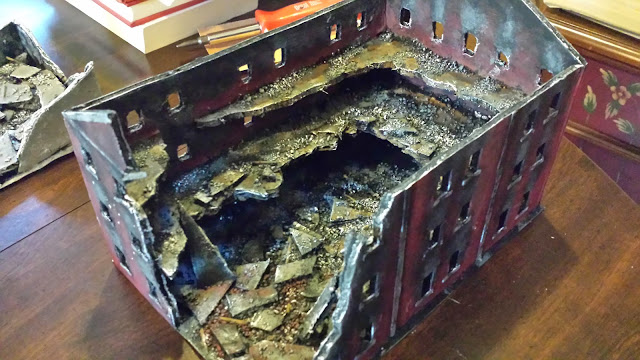 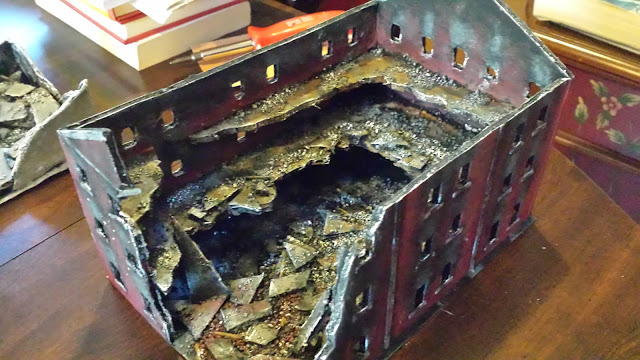 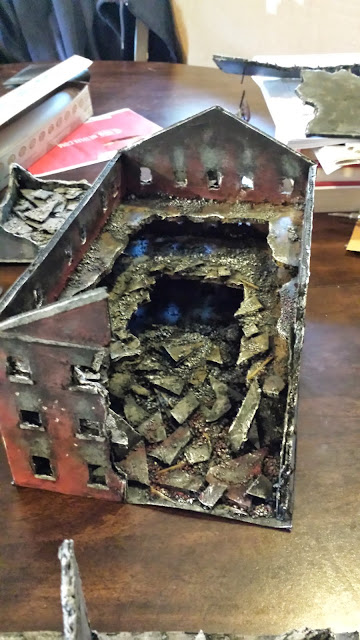