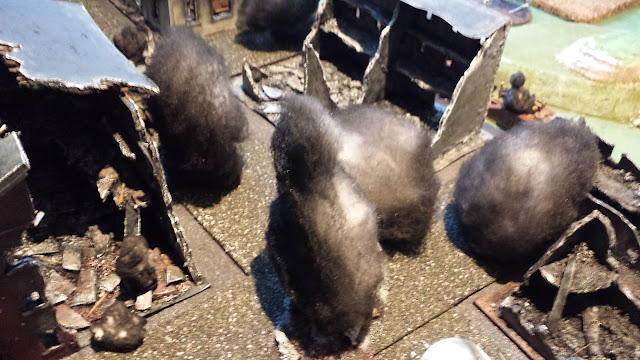 If there's one thing video games have over miniature wargaming, it's the explosions. There's something slightly anticlimactic in some massive engine of war unleashing death upon one's enemy, and your opponent merely removing a model or two, leaving no trace, no carnage, no burning hulk in its wake. Thankfully, there's smoke effects. Ever since my first game with Fritz, when he pulled out his little spray-painted cotton balls, I've been in love with the idea of using smoke and other markers to gradually transform the terrain into a pocked, smoking ruin of a landscape.

Since then, I've done the cotton ball thing, which works decently well for small figures, but recently I've elaborated on the idea.  I wanted bigger smoke, the sort of smoke you see in pictures of WWII, the pillars of black reaching up over the plains of Russia from burning tanks. I mean, a cotton ball might work for a blown up tank in AQMF, but a tripod?  I'd like to think there's a bit more we could do...

So, here's the best, and by far the cheapest, method I've come up with. It's the same as the cotton ball thing - spray painted stuff glued to a bit of metal (pennies for the cotton balls).  But it's the find below that was just plain inspired. 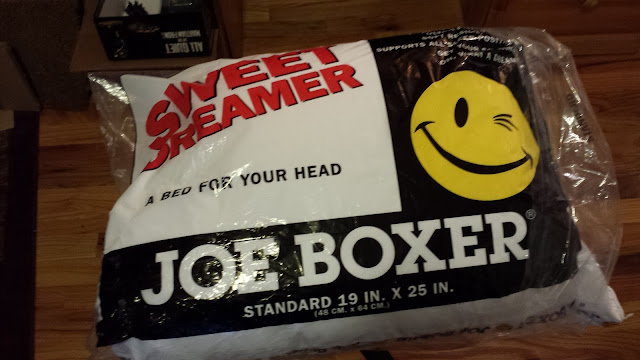 Got this cheap ass pillow at Kmart for $2.50. The stuffing is far better than using cotton balls. It holds together better, takes paint better, and you can make a huge varieties of sizes and shapes. 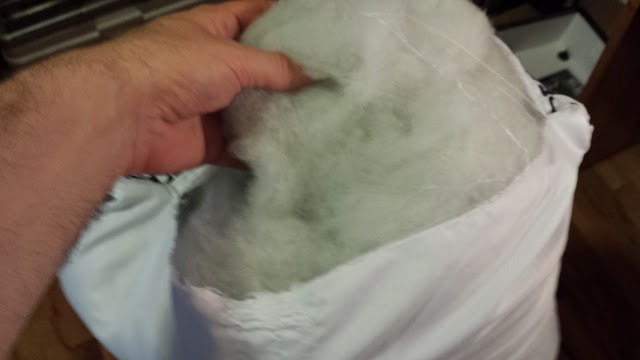 Took some tufts, and arranged them on some scrap cardboard to spray paint them. I'm just using the same flat black primer I use to prime my minis. No need to get something different. 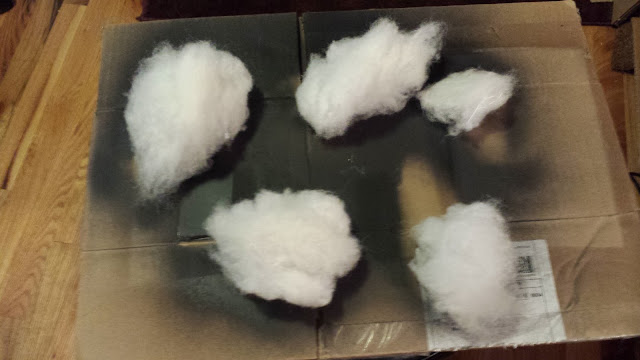 Gave 'em a whack of paint, waited a few seconds before turning them (with a rubber glove on to keep my hands clean), and getting the other side. You don't want your smoke too even, as smoke is often a mix of black and white and maybe a touch of grey. I've found that too much black doesn't look believable (unless its black dust!). However, working with this stuff, if you overspray, you can gently pry the painted sections apart when it's dry to let the white underneath show a bit.  I find it looks more natural that way. 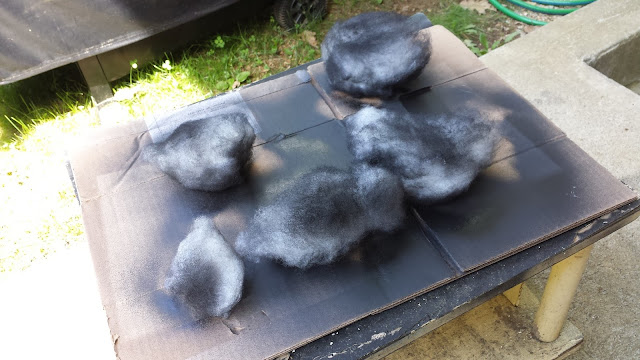 To make high plumes of smoke stand up straight, we'll need some metal bases.  I spray painted some basic washers. If I'd had slightly larger ones they'd stand up better, but these will be acceptable. 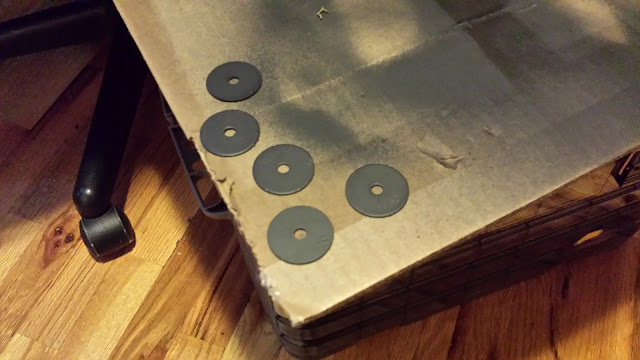 Then a bit of super glue, pick which way is up, and press the fluff into the metal for 20 seconds. Then done.   Each of these things cost only a few cents, with very little time and effort (maybe 10 mins total labor for the batch, and I could have done twice as many at once) and I have more of the pillow stuffing left over than I'll ever need.  Personally, I think they look even better on the table than the expensive resin ones do. 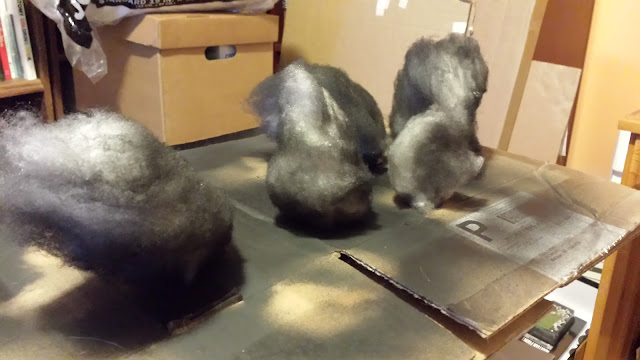 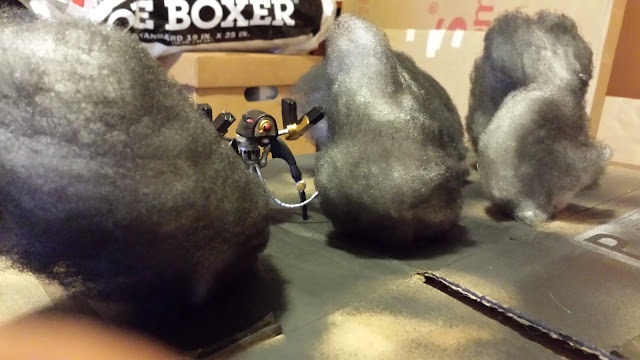