I finally finished my first batch of Spanish Civil War vehicles. I bought most of these back with my first Minairons order (from Scale Creep) and have been painting them in stages. I finished the paint on the T-26 a couple of weeks ago, but I only now got to finish it up with weathering powders and mud in the tracks. 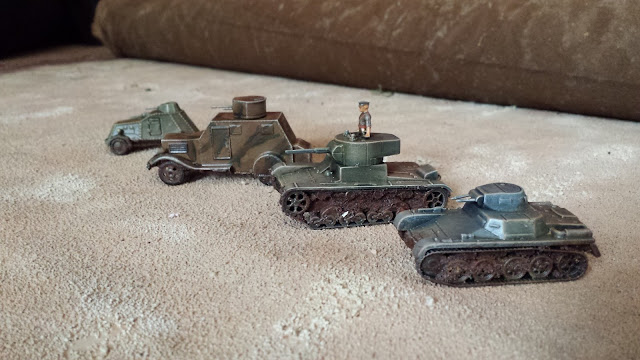 All four are Minairons kits. The tanks are plastic (possibly Plastic Soldier Company, like the AT Guns?), and the armored cars are resin. The tanks went together easy, and the kits are very inexpensive, but the final product felt... less than?  Honestly, if this were All Quiet on the Martian Front, I'd be raving about the quality, but Minairons sets a higher standard, and those tanks just don't have the same level of detail as Minairons metal kits do.   The resin however... easily the best resin vehicles I've come across. Surprisingly little flash (for resin), little sanding needed, and no bubbles or cavities like in most of the resin kits I've seen. I'm very impressed. 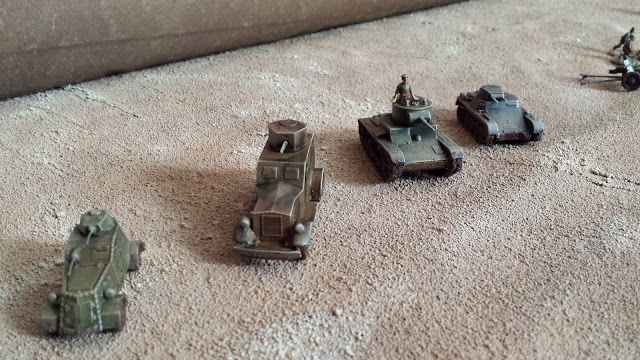 UNL-35 Armored Car. I've read that some consider this the most successful armored car of the war. I don't know about that, but it has two machine guns so whatever...

The rivets and detailing on this resin model are really quite nice. Even my wife made a comment when she noticed it (still unpainted) about what a nice model it was. 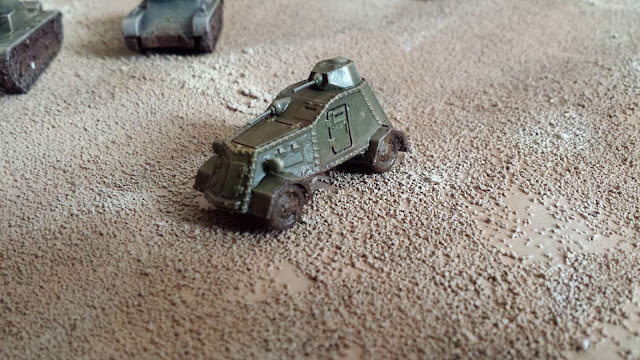 "Bilbao" Armored Car.  I have a soft-spot for this one. A clunky "Tiznao" vehicle (so in CoC it's "unreliable" and "easily catches fire"), the Bilbao can also take 6 passengers. Who also can catch fire. 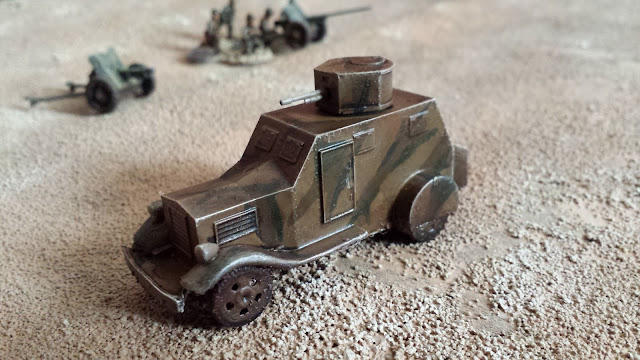 The Panzer I - while a less successful tank than the Russian made T-26, these were still in service for the invasion of Poland and made up about 1/5 of the German tank strength for the Invasion of France. What strikes me is how tiny they are. One might almost call them "cute". Except dual machine guns don't like being called cute. 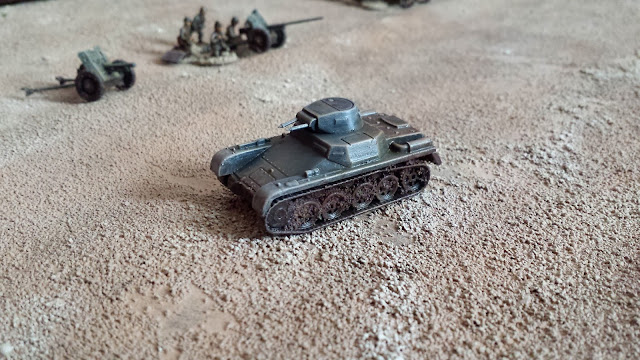 And finally, the tank of the Spanish Civil War - the T-26b. Imported in droves by the Russians, so many of these were captured by the Nationalists that by the later stages of the war they were able to field an entire battalion of them. That's the way of fascism though - "hey, you have better stuff than me. I'm coming over. Hope you like bratwurst." 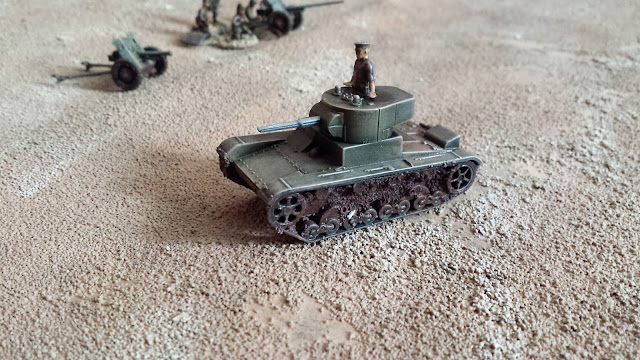 I used some Martha Stewart (clearance!) "pumice gel" mixed with burnt umber pigment as my base for the mud in the tracks, and played around a bit with other pigments on the hull and for detail. Those buggers are hard to control!  I overdid it in a few places, but thankfully it seems that my matte spray blew some off and blended the rest far more than expected. An accidental bonus, as the vehicles ended up better than they looked last night.

One thing I'm not too keen on with the T-26 is the plastic half-figure they included. It just doesn't stand next to the Minairons figures at all. I'd break it off, but I lost the tank hatch. That's ok, I'm working on a second T-26 and I just tossed the figure. 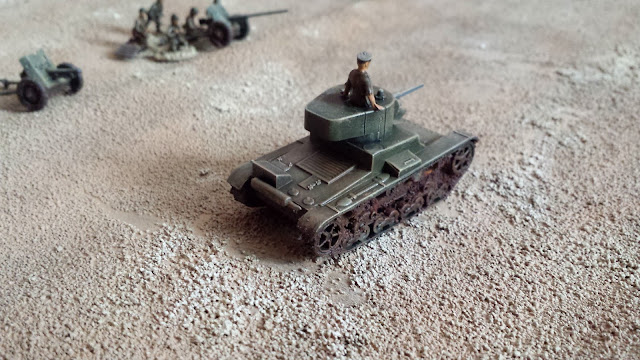