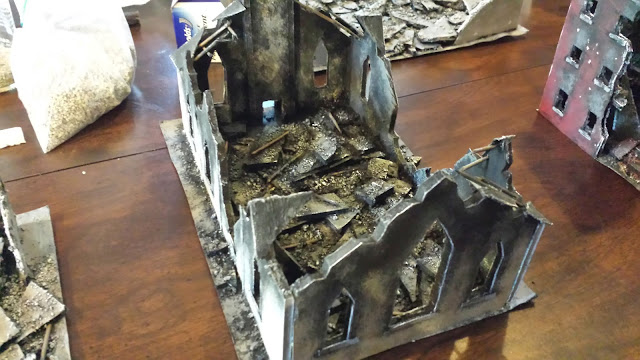 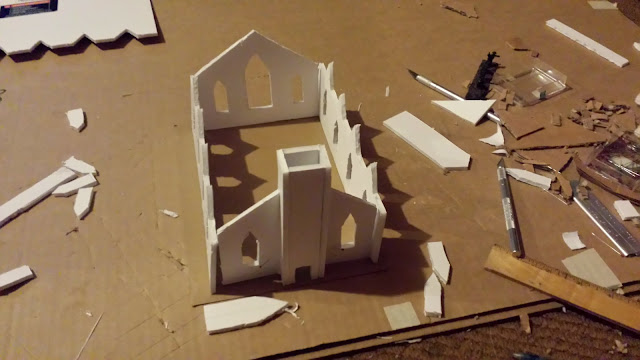 Every ruined city needs a ruined church. Especially if, like me, you're setting your main wargame in the American South. I was feeling a little ambitious, so I made sure to use foamboard so I could work with a bit more detail and make a sturdier building with solid lines. 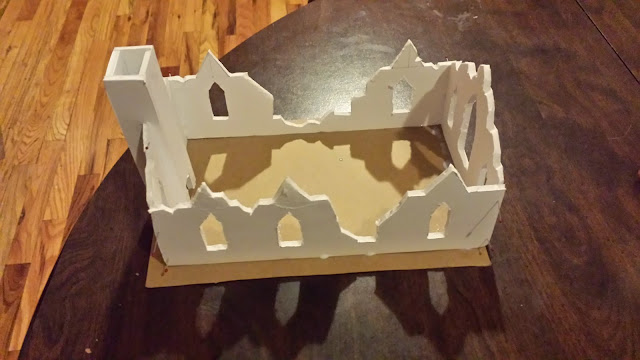 Cereal box base, white glue and pins to hold it while it dries. 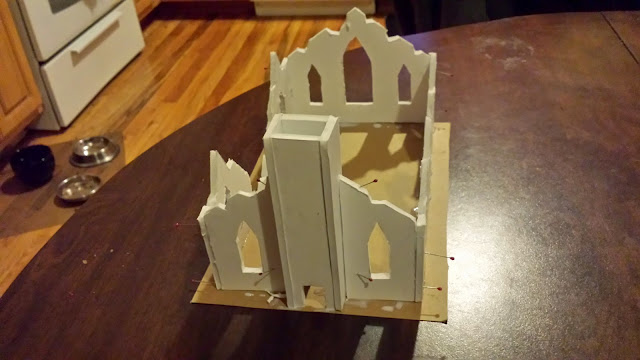 Then bits of foamboard, cardboard, toothpicks and cat litter, much like I've done in previous buildings. I decided to do a bit with a collapsed roof as well, just on the edges to make it easier to play in. I had to resist the urge to make large portions intact - I don't want to be constantly snagging something on the toothpicks. I used a hobby knife to pierce the paper on the foamboard, stuck in some toothpicks at the correct angle, glued them, then used a bit of superglue to hold them together in that roofing lattice. Then, a few bits of cereal box card for remaining sections of slate roof. The whole thing was textured over with some watered down wood filler (thanks to the AQ player who gave me that tip). 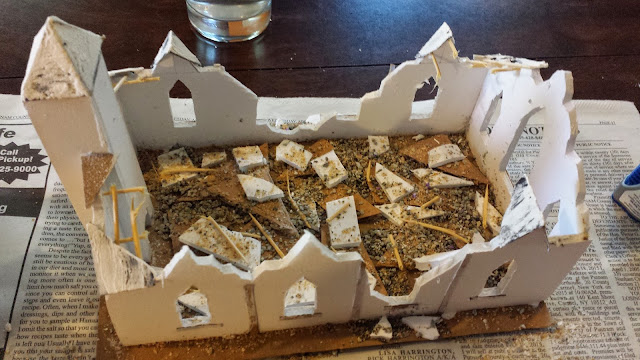 While that gluey, cat-littered mess dried, I decided to make a few quick rubble piles on a whim.  The sort of thing I could use as roadblocks, or on the outskirts of the built up area.  This took only a few minutes.  Cereal box base, some chunks of cardboard to give it height, then woodfiller (that pink stuff that dries white) 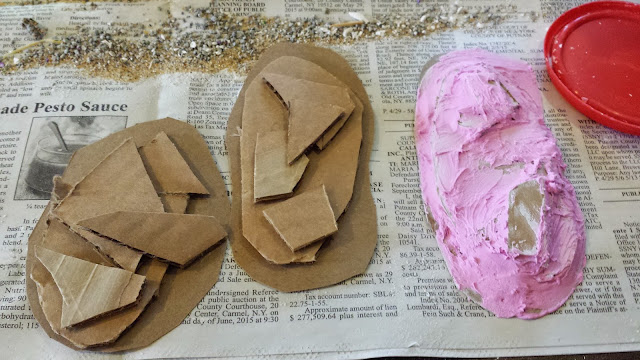 Also made another quick cardboard building. Super-simple, very quick compared to the church. 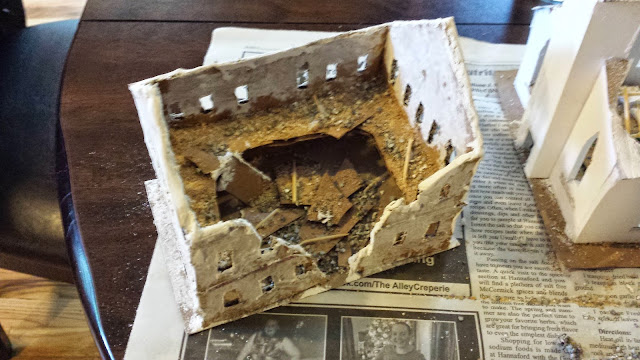 Painting: I imagined the church white, but I think you should never use straight white for a building, especially a ruin. So, a cream color undercoat, emphasizing the lower areas that would be less smoke damaged. 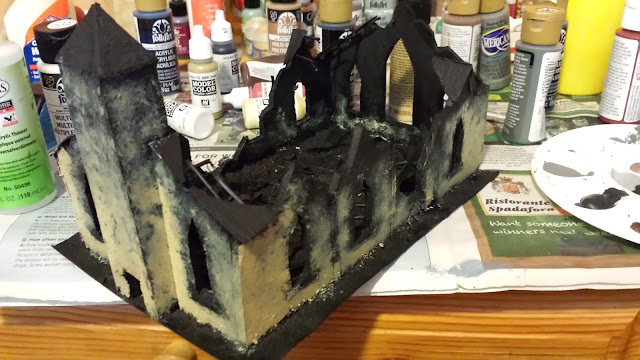 Then pale yellow overcoat, stippled on. Ends up looking like faded white. 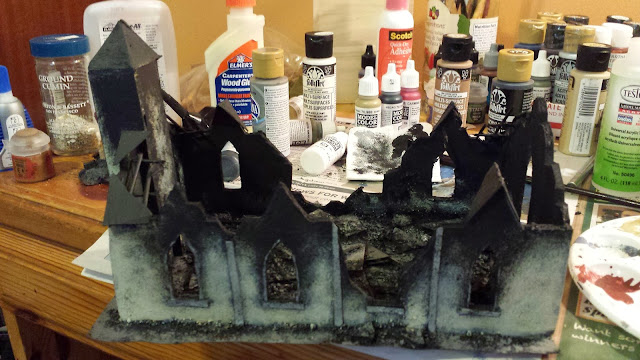 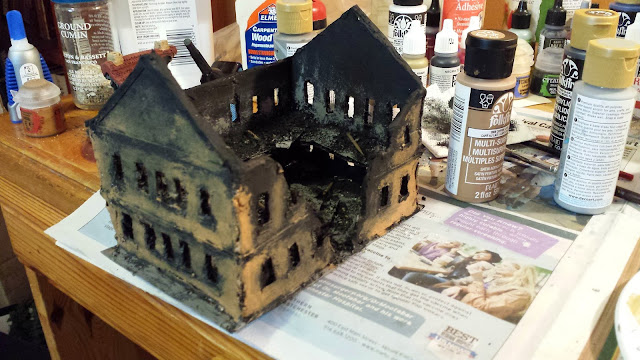 Then a lighter cream, followed by black up from the windows and some "Ash" drybrushing.  The interior was done exactly the same way as my previous tutorial. 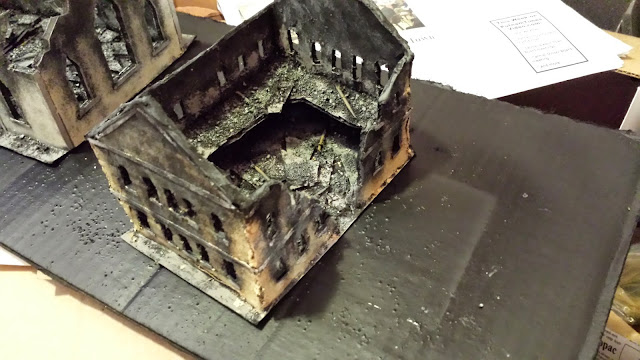 I did the interior of the church the same way. The outside was finished with some highlights of light grey, and at the very end, some very light drybrushing in white, especially on the edges and interiors of the windows to give them definition.

Quick brush-up of the rubble piles.  I added some toothpicks, cat litter, and some additional foamboard chunks before priming. Added a bit of dull red for brick color. Eh, they could have come out a bit better, but not bad considering how little effort went into them. 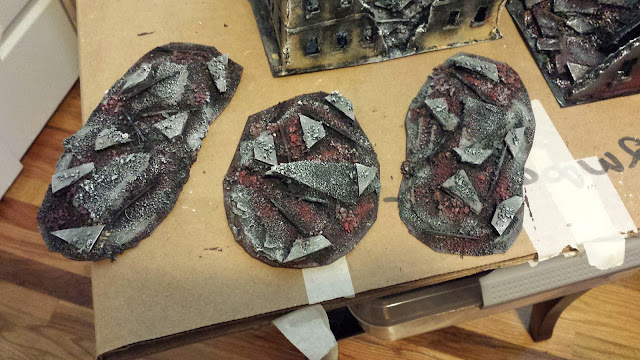 The completed ruins (so far): 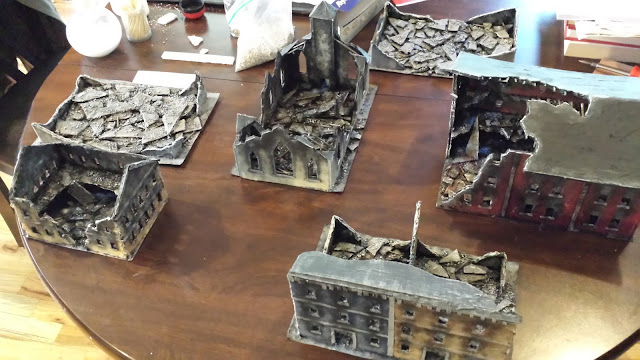 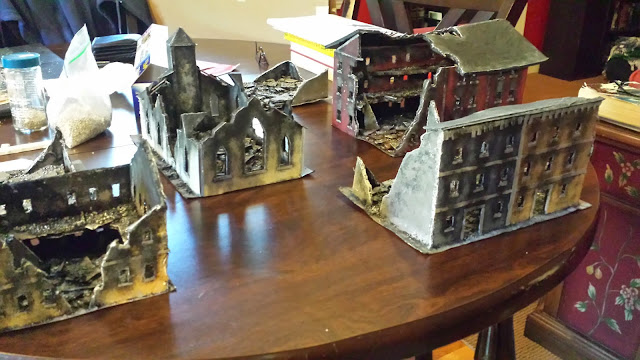 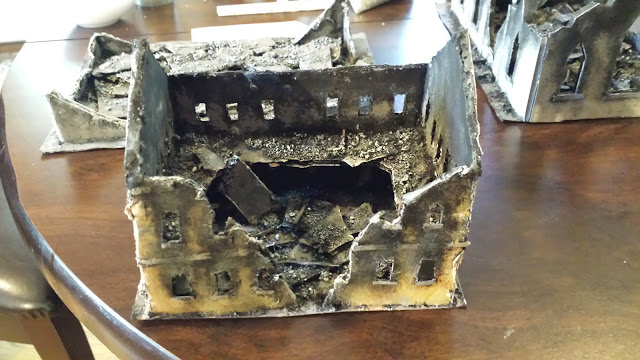 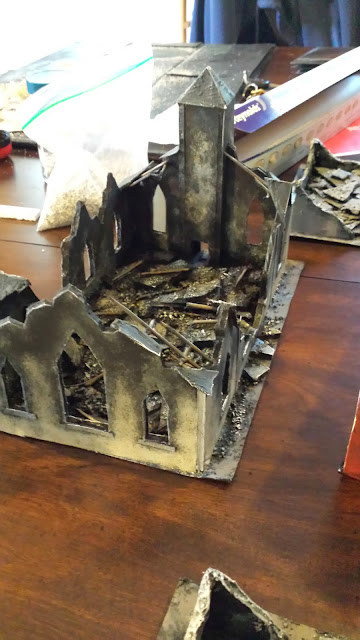